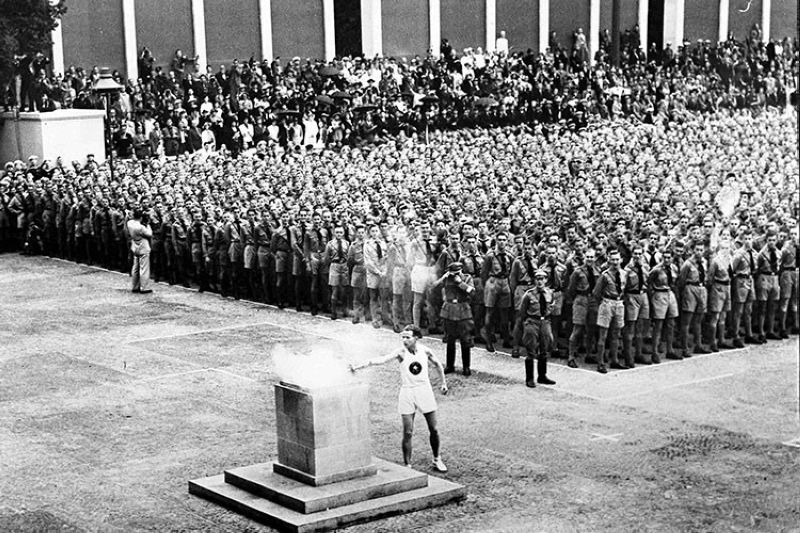 The Olympic torch in Lustgarten, Berlin, is lit Aug. 1, 1936, where will be guarded by members of the Hitler Youth until it is brought to the Olympic stadium for the opening of the games in the afternoon. The torch relay was not always a fixture of the modern Olympics, which began in 1896. The relay tradition began with Adolph Hitler's 1936 Olympics in Berlin. (AP Photo) 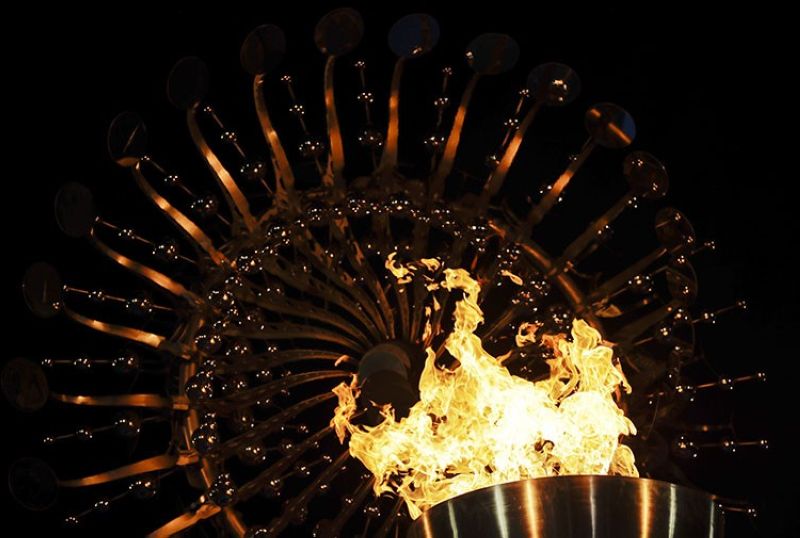 Flames burn in the Olympic cauldron after being lit during the opening ceremony of the 2016 Summer Olympics in Rio de Janeiro, Brazil, Saturday, Aug. 6, 2016. (AP Photo)

From Ancient Olympia to the opening ceremony, the Olympic flame has played a big part in the Games for nearly a century.

The Associated Press has covered every modern Olympics, and that includes photographs of the Olympic flame both along the torch relay route and in the cauldron.

The Olympic flame was introduced at the 1928 Amsterdam Olympics. The torch relay began eight years later ahead of the 1936 Berlin Games.

“In the context of the modern Games, the Olympic flame is a manifestation of the positive values that Man has always associated with the symbolism of fire,” the International Olympic Committee says.

The flame begins its life at a lighting ceremony in Ancient Olympia, where the original Olympics were held for centuries.

Over the years, the flame has played a bigger and bigger role at the opening ceremony, with the identity of the final torch bearer — often former Olympic greats from the host country — being the topic of feverish discussion.

Muhammad Ali, a gold medalist at the 1960 Rome Olympics, lit the torch at the 1996 Atlanta Games. Four years later, Cathy Freeman lit the flame in Sydney and became the only person to light a cauldron and win a gold medal in the same games.

One of the most memorable lightings came at the 1992 Barcelona Olympics when Paralympic archer Antonio Rebollo shot a fiery arrow over the top of the cauldron, igniting the gases from within.

The torch relay for the postponed Tokyo Games begins Thursday, but don’t expect to know the name of the person who light the cauldron on July 23 at the opening ceremony until moments before it happens.

And when it does, the AP will be there to document it. (AP)