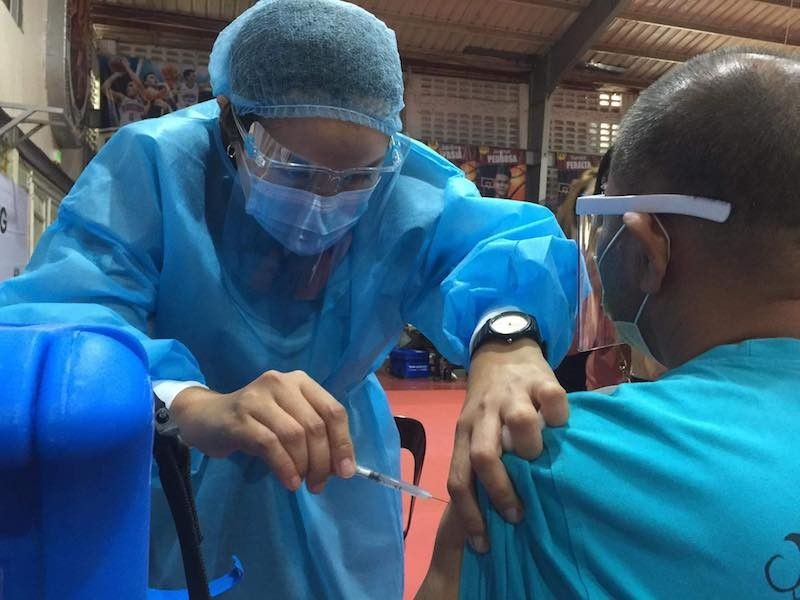 Densing emphasized this in a radio interview a day after announcing that show cause orders were sent to five mayors who were inoculated ahead of some healthcare workers.

There are 1.76 million healthcare workers in the country. Less than 30 percent have received the first of two doses as of March 23, based on government records.

Densing said he made the recommendation during the IATF meeting on March 18. The League of Cities of the Philippines announced the IATF approval on March 20.

Priority Group A4 consists of frontline personnel in essential sectors, including uniformed personnel.

They come after the healthcare workers (A1), senior citizens (A2) and persons with comorbidities (A3) in the vaccine prioritization framework.

This means that governors, mayors and barangay captains will get the vaccine ahead of the indigent population, which constitutes A5.

Government workers who are not frontliners are in Priority Group B2, which comes after B1 consisting of teachers and social workers.

Other subgroups are: B3 - essential workers outside health, education, social welfare sectors including agriculture, food industry, transportation, tourism, manufacturing and construction, among others; B4 - socio-demographic groups such as persons deprived of liberty, persons with disability and those living in high density areas; B5 - overseas Filipino workers; and B6 - remaining workforce.

After everyone on this priority list is inoculated, the rest of the Philippines’ 109.58 million population will receive the vaccine.

The government aims to vaccinate up to 70 million Filipinos within the year, requiring at least 140 million doses of Covid-19 vaccines.

From March 1 to March 23, 508,332 individuals were vaccinated. The country has received a total of 1,525,600 doses of Covid-19 vaccine, one million doses of which were donated by China. The 525,600 doses were donated through the Covax facility. (Third Anne Peralta-Malonzo / SunStar Philippines)