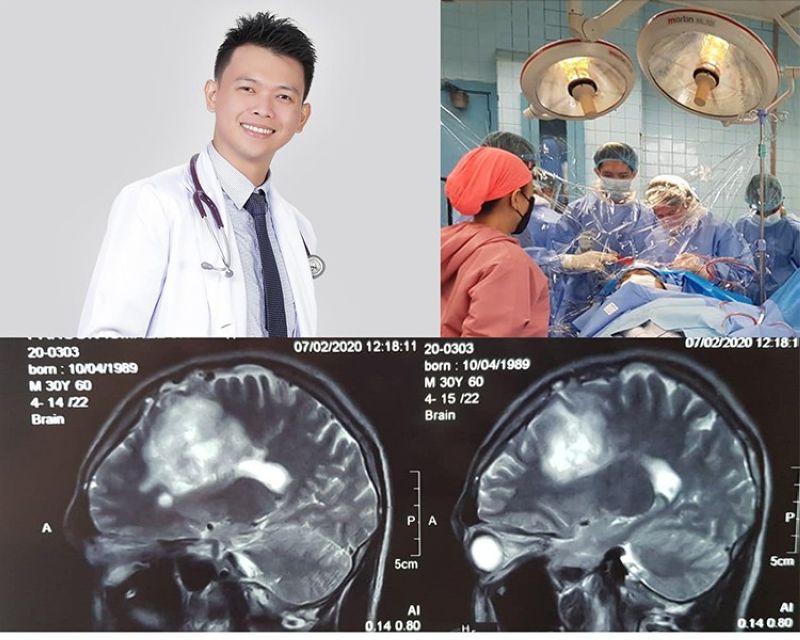 FATE sometimes has a way of humoring us, challenging us before letting us experience a certain life victory. Sometimes, it’s up to our determination, faith, and resilience to power through these challenges.

Before being finally called a registered physician, Dr. Ismael Parcon Jr. of Banga, South Cotabato had to win through difficult life challenges that any other person might have a hard time winning.

Despite his father and older siblings being medical doctors, it wasn’t his initial plan to be like them. And so, when he finished a semester studying Biology (supposedly his pre-med course) at the Mindanao State University (MSU) Gensan, he decided to take a pause in studying for three years before pursuing Information Technology at the Notre Dame of Marbel University (NDMU). As an IT-graduate, quite unrelated with other pre-med courses, Parcon decided to still pursue medicine study at the Davao Medical School Foundation (DMSF) in Davao City.

Despite the fact that medical school was initially his parents’ idea and not his, Parcon shared that he eventually learned to love studying medicine. His father is a surgeon in a public hospital and with him, he saw how his father has a kind heart for the poor.

(Even if my father is a doctor, we are not rich. That’s because he sometimes doesn’t ask for payment from his patients. If they pay him less than P500, he gives it back saying it means that this patient has nothing else)

The fifth child out of six children, Parcon said by the time he entered med school, he already had three older siblings who are medical doctors already. He shared how his parents sacrificed and sold some of their farm lots just to get by and send them to medical school.

But the plot twist in his life as a medical student came in the first week of June 2020 when he was an intern at the South Cotabato Provincial Hospital. Around this time, he started experiencing twitching on the right side of his body, focal seizure, and tonic clonic or repetitive contractions in his body. This month he was supposed to start review for the national physician board exam.

He decided to see a neurologist in General Santos City who requested an MRI. The MRI result showed a 6x3 centimeters brain tumor specifically on his left frontal lobe where the part of the brain responsible for his memory, motor skills, and cognitive functions is located.

Parcon said the first time he heard it from his doctor, he was in denial and couldn’t immediately absorb his situation but remembered how he was told it was a “very bad tumor”.

In July 2020, his sister, a medical doctor in Manila, decided to take him in and have his surgery in Quezon City. “By this time, a month after the first symptoms, naga-progress na siya. Gina-time-an ko ang twitching. If before it happens every 30 minutes, eventually naging 15 minutes every day. Walang stimulus that triggers the twitching. Kumbaga intermittent lang siya,” said Parcon.

Different doctors and specialists worked on his case and finally on October 3, 2020, just a day before his birthday, he was scheduled for an operation. He was inside the operating room for an open-brain surgery for 24 hours. When the tumor was taken out of his brain and tested, the results came a month after with Oligodendroglioma Grade 2 diagnosis. He said Grade 2 was still a good news because more advanced Oligodendroglioma can progress faster and be malignant.

By the time he was recovering from surgery, he was experiencing memory loss. He would forget the names of random things around him but would feel like he knows what they’re called. He would often say it’s already at the tip of his tongue but somehow he wouldn’t remember. He would be asked to memorize three simple words and when asked about it, he would forget.

By December 2020, Parcon would still need radiotherapy, a procedure that consumes most of his energy. So even if the physician board exam is only four months away, he couldn’t find the time and energy to study.

“I found myself questioning God. Why did it happen to me? Why me? But I got to know Dr. Leo Trinidad while I was in ICU. He was the one who helped me get to know God more,” said Parcon who said that around his recovery stage he would read the Bible more often than his reviewer. He added his mind became more peaceful and had a changed and a deeper relationship with God because of what happened to him.

In January 2021, he officially started reviewing with less than two months left before the board exam. By this time, his memory still hasn’t fully recovered but he pushed through. Around February 2021, he felt his memory improving although it hasn’t entirely returned to its normal state.

He took the exam on March 16, 2021, only five months after his open brain surgery, with faith and determination with him. Three days after the exam, the results were released with Parcon’s name on the list. He won against the challenge of fate.