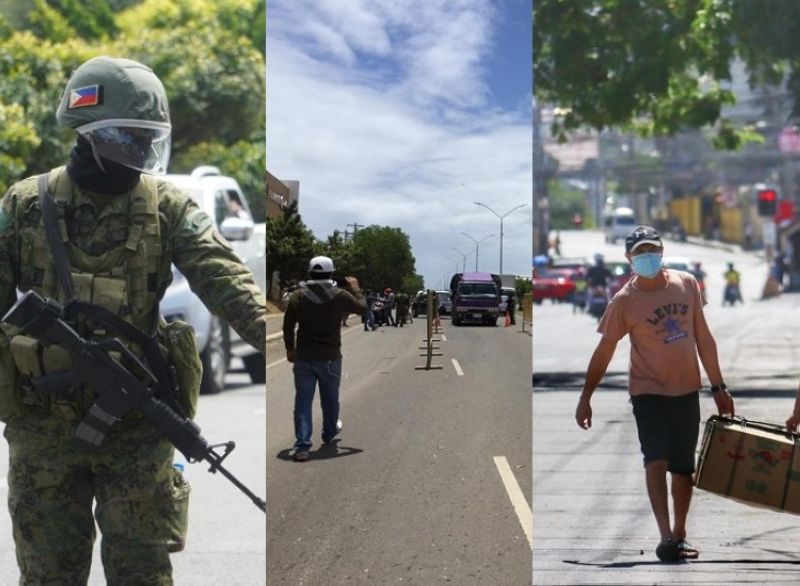 TO COMBAT the spread of the deadly novel coronavirus, Cebu City on Saturday, March 28, 2020, shut down its borders following the order of Mayor Edgardo Labella to place the entire city under a state of enhanced community quarantine (ECQ).

The city's ECQ initially lasted until noon on April 28 but was later extended in subsequent months.

Here is a #Covid19lookback of what happened in Cebu City on the first day of quarantine.

The Cebu City Government led by Labella distributed 1,000 pieces of personal protective equipment to the personnel of the Cebu City Police Office during a send-off ceremony Saturday morning, March 28, 2020, at the Plaza Sugbo.

The distribution was held an hour before the start of the ECQ in the city.

This was the situation of the South Road Properties, boundary of Cebu City and Talisay City, minutes after ECQ in Cebu City was implemented.

The personnel of Armed Forces of the Philippines and Philippine National Police started checking vehicles coming in and out of the city.

3. No more public transport on streets

Cebuanos were seen walking to their destinations after the implementation of ECQ in Cebu City as public transportation had been halted by Labella's executive order.

Situation at the borderline between Talisay City and Cebu City during the declaration of ECQ in Cebu City.

The situation at the borderline of Barangay Mabolo, Cebu City and Subangdaku, Mandaue City during the implementation of the ECQ in Cebu City.