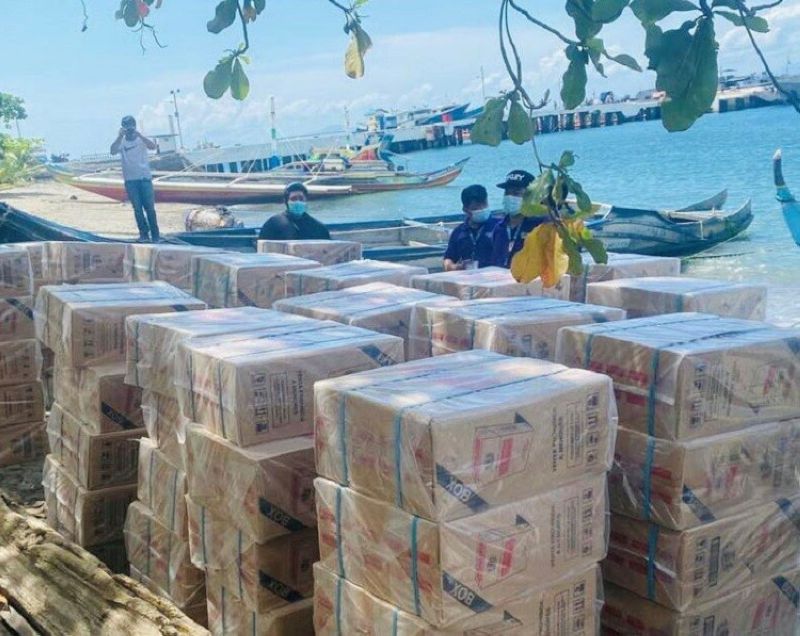 THE Naval Forces Western Mindanao (NFWM) in coordination with the Bureau of Customs (BOC) intercepted a shipment of P3.8 million worth of smuggled cigarettes in Basilan Strait, an official of the NFWM announced Sunday, March 28, 2021.

Cabaltera said the operatives of the NFWM and BOC spotted two motorboats steaming off Zamboanga City while conducting a maritime patrol in the area. This was following receipt of a report that shipment of smuggled cigarettes was set to arrive in Zamboanga City from Jolo, Sulu.

He said the two motorboats were found to be loaded with 108 master cases of assorted smuggled cigarettes--Bravo and San Marino--with an estimated worth of P3.8 million when inspected by the joint NFWM and BOC team.

He said the two motorboats with their crew and cargo were escorted to Ensign Majini Pier of the Naval Station Romulo Espaldon in Zamboanga City for proper disposition. (SunStar Zamboanga)