Duterte-Carpio orders closure of beach, other resorts on April 1-4 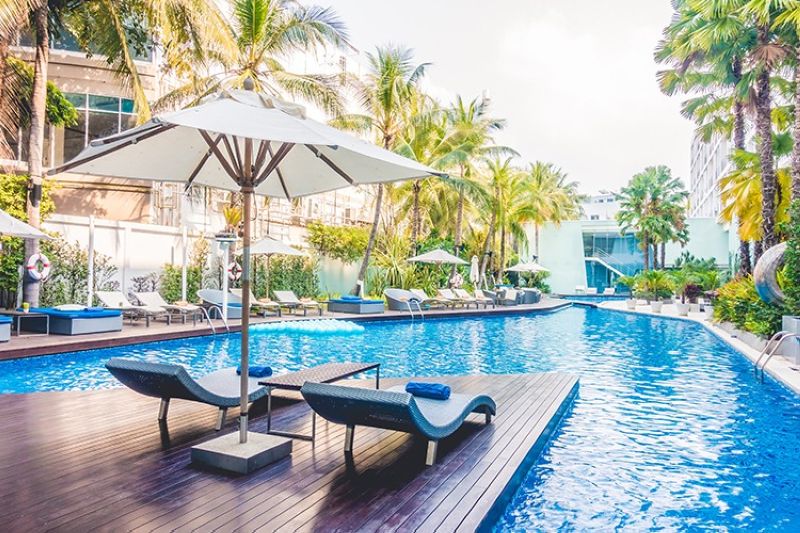 DAVAO City Mayor Sara Duterte-Carpio ordered the closure of all beaches, beach resorts, and other inland water resorts in the city from April 1 to 4, 2021.

Most offices and establishments are closed during these dates in observance of Maundy Thursday, Good Friday, Black Saturday, and Easter Sunday.

"There is a need to prevent mass gathering in beaches and inland water resorts during the long holiday weekend for Holy Week," the mayor said.

During this period, the abovementioned establishments are prohibited from operating and catering to tourists.

She added the Davao City Covid-19 Task Force is working on preventing a second wave of a surge in Covid-19 cases in the city.

The mayor also said, "There have been successive incidents of minors in violation of the general community quarantine (GCQ) who drowned while swimming in bodies of water."

Recently, two minors drowned and died at the fishpond in South Pacific Golf and Residential Estates in Barangay Catalunan Pequeño. The bodies of the drowning victims were recovered on March 24, 2021, Wednesday, around 2:50 p.m. Based on the investigation of Baliok Police Station, three minors went through the fence to swim in the fishpond.

Duterte-Carpio said "there is a need to prevent these incidents during the long holiday."

Meanwhile, in a radio interview, the mayor said Dabawenyos who will go to beaches and resorts outside the city will not be prohibited but reminded them to stay home this Holy Week and reschedule their travel as an influx of tourists are also expected in these areas.

"Dili man makaabot atong executive order gawas sa (Since our executive order is only limited within) Davao City. We can only remind them nga remember, ang mass gathering ang rason ngano paspas ang takdanay sa (that mass gathering is one of the main reasons why there is a widespread transmission of) Covid-19," Duterte-Carpio said in an interview on 87.5 FM Davao City Disaster Radio.

Recently, the mayor said they are preventing a possible surge of cases in the city, as experienced in some areas in the country, such as Metro Manila and Cebu City, due to reported transmission of the "infectious" new variants.

The city recently reimposed the "test before travel" policy for air travelers going to the city, and the extension of the 24-hour liquor ban and 9 p.m. to 4 a.m. curfew until May 31.

City Health Office Acting Head Dr. Ashley Lopez had also warned of a possible surge of cases this Holy Week if churchgoers will neglect the observance of minimum health protocols.

The Archdiocese of Davao recently announced that all Lenten activities will be limited to masses and that all religious activities outside churches, including processions, will be skipped this year to prevent mass gathering.