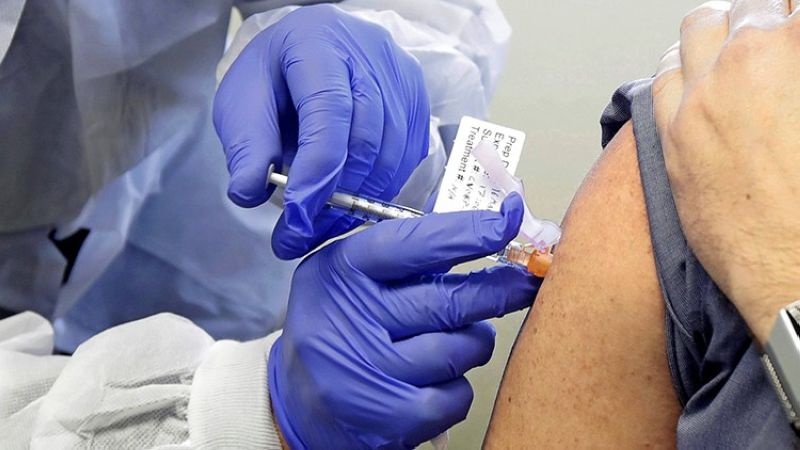 DAVAO City Mayor Sara Duterte-Carpio said she has received reports of non-health workers jumping the vaccination line in the city.

This comes after local government officials and other non-medical workers were reported to have cut in line for the Covid-19 vaccine.

But Duterte-Carpio said she did not receive reports of local officials.

"Local officials, wala, pero duna tay nakuha na mga reports, and confirmed sila nga duna mga nabakunahan sa mga vaccine centers nga wala sa 1-A (We have not received reports of local officials. But we received confirmed reports that there are individuals who have been inoculated in vaccine centers that are not part of 1-A)," the mayor said in an interview on 87.5 FM Davao City Disaster Radio on Monday, March 29.

This is in accordance with the issued Department of Health (DOH) Memorandum 2021-0099 on February 23, 2021, providing the Interim Guidelines for the Implementation of the National Vaccine Development Plan for Covid-19.

Upon learning, Duterte-Carpio said it is unacceptable.

"Dili na siya OK. Naa gani ta'y (That is not OK. There is a reason why we have a) priority list," she said.

The mayor said she does not have the figure of those who skipped the line and their background.

"Pero ang nahatag sa akoa is (What was given to me is) one name and his companion," she said.

Duterte-Carpio said she no longer asked why and how these individuals got to jump in line, and she told the city's vaccine cluster to strictly observe the priority list.

"Wala nako mangutana unsa ang rason ngano nakasingit, the fact lang nga naa nay nakasingit, giingnan dayon nako nga (I was not able to ask how they were able to cut the line but the fact that they were able to cut the line, I told our vaccination team that) we have a priority list and it was given to us by the national government. Sundon nato para sa atong (We should follow our) vaccination program. We have to strictly follow our priority list," she said.

Prior to the mayor's statement, the issue was already raised by some netizens whose post went viral.

One netizen, who requested anonymity, told SunStar Davao that some doctors let their personal maid and drivers be included in the vaccination, resulting in some frontliners not receiving the vaccine.

He said this happened in a private hospital in the city, where 150 medical frontliners were supposed to be inoculated within the day. But it ended inoculating more than the initial target.

"So ung mga na schedule the next day, di na nabigyan..ang sinabi sa mga di nabigyan, hintay na lang daw sa next batch kasi naubos na daw. Nagtataka sila bakit naubos (What happened is that those scheduled the next day weren't able to avail themselves of the vaccine. They were told to wait for the next batch because they ran out of supply. They were wondering how the vaccine ran out) when in the first place, nabigyan sila nang (there was already a given) schedule," he said in an online interview via Messenger.

Most of those who were not able to receive the vaccine are nurses, he said.

He added they no longer complained because they might not be given the vaccine once the next batch arrives.

He urged the local government to investigate and check the list of vaccinated individuals to determine those non-frontliners who were inoculated ahead.

DOH-Davao Director Annabelle Yumang said in a virtual presser on March 24 that they have not received reports or complaints of medical workers whose family members were also included in the vaccination.

But Yumang said they are constantly monitoring and reminding those in-charge in vaccine sites to strictly abide by the prioritization list.

"Ensure nga ang mahatagan sa atong bakuna (They must ensure that those who will be vaccinated) are those in the masterlist," she said.