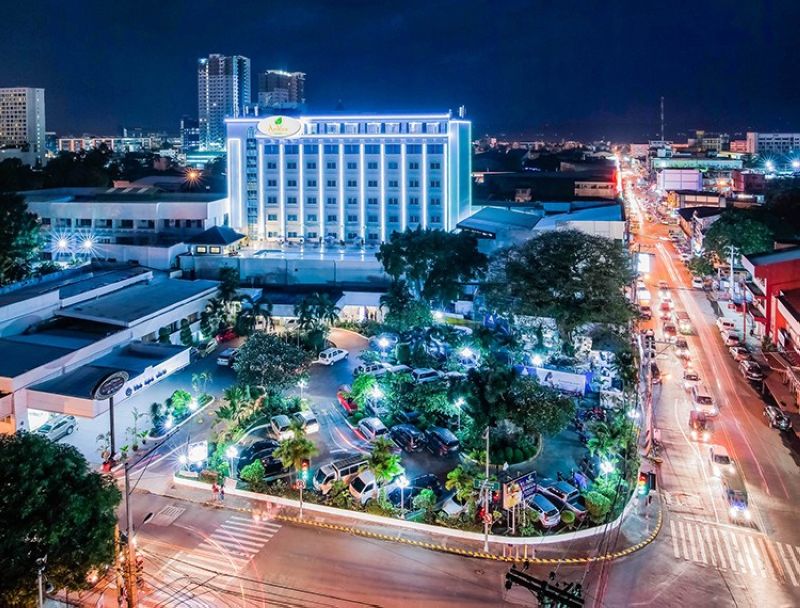 SORRY, WE'RE CLOSED. Apo View Hotel announced that effective March 31, 2021, the hotel will temporarily cease operations. Founded in 1948, the 156-room hotel is the oldest hotel in Davao and the second longest-running hotel in the Philippines. (Apo View Hotel photo)

APO View Hotel announced on Sunday, March 28, that it will temporarily cease operations.

"As the risk of the pandemic is continuously rising, the management has decided to temporarily cease its operation effective March 31, 2021 until further notice as we continue to support the nation's effort to combat the spread of Covid-19," the hotel management said in a statement.

"It has been our pleasure to serve you and we can't wait to open our doors and welcome you all again," the hotel management added.

When the pandemic struck in 2020 and the city implemented a community quarantine in March of the same year, the hotel announced that it will be temporarily closed to the public on March 19, 2020.

The hotel also allotted 50 rooms for frontliners working at the Southern Philippines Medical Center during the early months of the pandemic.

The hotel reopened in August 2020 when restrictions were eased in Davao City.

Founded in 1948, the Apo View Hotel was Davao City's first hotel. At 72 years old, the hotel was the second longest-running hotel in the Philippines.

Since the new management came in, some P280 million has been invested in upgrading the hotel's facilities, refurbishing existing rooms, and constructing new rooms.

During the relaunch of the Apo View Hotel in 2017, the new management also planned to put up three towers at the back of the hotel. These were planned to be residential and office buildings.

The 156-room hotel is the second major hotel in Davao City to have announced that it will temporarily cease operations amid the pandemic.