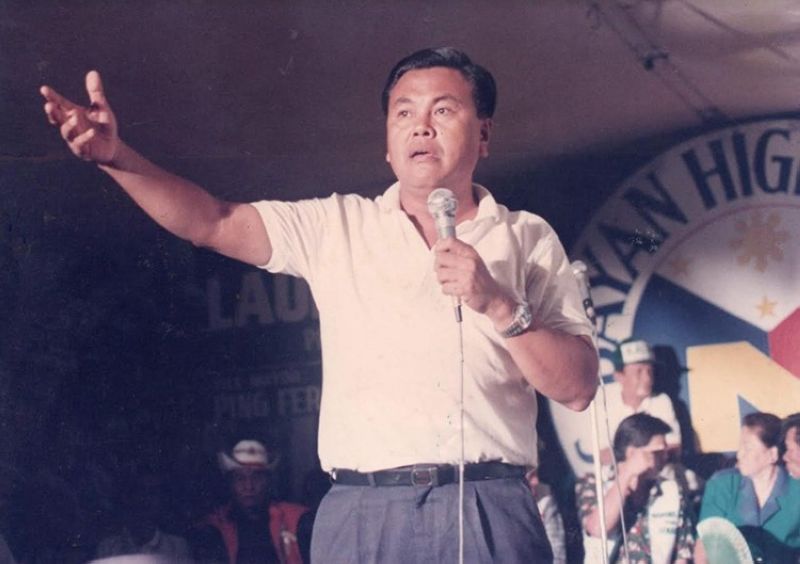 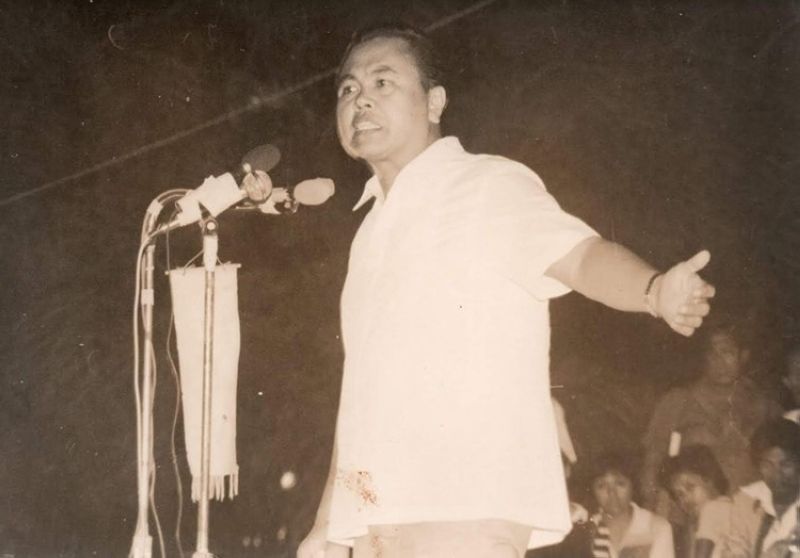 EVERY father is irreplaceable. Even after he is long gone, his good deeds will always live on through his family and through those who are influenced by how he lived his life.

The late Atty. Wilson Gamboa Sr., the father of Bacolod City Councilor Wilson Gamboa Jr., was known as a leader and lawyer who had served both the local and national offices and had fought for the people's rights and welfare during the pre and post dictatorship era.

The senior Gamboa came from a humble beginning whose father worked as a “sakada” or a sugarcane worker yet had a thing for gambling that made him flee away from his debtors.

At six years old, the senior Gamboa had to sell newspapers, other goods and had to shine the shoes of government workers in Bacolod City in order to help his mother sustain their needs. They were three siblings in the family and they lived in a slum area in the city.

At seven years old, he had to wake up early in the morning to sell either fish or native delicacies like "kakanin" so that he could earn some to buy rice for the family. Most of the time, he had to go to school on an empty stomach just so he could catch up with his classes.

But the senior Wilson was also quite creative in life and had a spark with unlimited potentials.

Because they were poor, they could hardly enjoy a complete meal. What got them by through rough times was steamed rice sprinkled with salt.

In the slums, funerals and weddings were a source of banquet and an opportunity for him and his siblings to attend just so they could partake a decent meal. That was how they could taste delicious meals for free.

The senior Gamboa was an intelligent person and was determined to finish his studies in order to alleviate their economic condition.

Their way of life was depressing but he focused more on his dreams -- dreams that were too big for mediocre minds. He was creative, extraordinary, determined and focused on his goals.

He was always thankful every day that he was alive and that he was committed to continue to work and study hard to reach his dreams.

He was determined to get closer to his dream each day until he finished his studies. He was always at the top of his class because he cannot afford to waste his time and resources.

He spoke and wrote English with scholarly qualities and was quite eloquent.

He defended people who cannot afford to pay for his legal and professional fees. He also set aside a portion of his income to send impoverished children to school so that they could be educated.

He got married to Thelma and was blessed with five children at the age of 28. When his income as a lawyer tripled he helped the needy get their needed education.

He joined politics in Bacolod and became the youngest councilor. He was labeled by former journalist Primo Esleyer as the wonderboy of Bacolod politics because of his easy entry to the local politics at the age of 28 and served two terms with the imposition of Martial Law.

Opportunities turned favorable to him where he became a member of the Parliament, then as Minister of Agrarian Reform as appointed by former President Cory Aquino; became Undersecretary of Deputy of the National Defense. As the former son of a sugarcane farmer, he succeeded in heading the Sugar Regulatory Commission that governs the country's sugar industry and later served as one of the Governors or the Development Bank of the Philippines under former President Fidel V. Ramos.

Former President Joseph Estrada appointed him as Chairman of the Board of the Philippine Journal.

He left a big shoe so hard to fill in even by his son, Wilson Jr.

But Wilson Jr.'s family dwelt on his legacy and good name being a staunch advocate of social justice and the rule of law.

During his birthday on March 27, the junior Gamboa with his wife Ai Ai, reminisced about his good deeds and invited a few friends whom their late father was acquainted with.

Journalists Edgard Cadagat, Gil Severino, Dolly Yasa and Arman Toga (whose father Ruperto Toga is a close friend of the late Wilson Sr.), likewise broadcaster Art Tayhupon (whose mother in law had a restaurant before frequented by the late Wilson Sr. due to their hot and flavorful Linaga and Pata) were a few of those who came to celebrate his birthday.

Wilson Jr. loves to hear stories shared by former comrades of his father considering that he was very strict with his family while they were growing.

He would usually cut you off when you discuss senseless topics, Wilson Jr. recalled.

"We would run away from him because he was very strict. I realized that the lessons he imparted to me were very valuable," he said.

His father was a councilor at that time and in one instance, he called the junior Gamboa and told him, "The water cannot rise above the source," which according to Wilson, Jr., is true enough because his political success was hard to attain. "I cannot compare myself to him as he served national positions and fought the Marcos during martial law."

The young Wilson will complete his three terms as councilor of Bacolod and could hardly decide yet on whether to pursue a higher post.

"But in case I run, I will be running not merely to oppose a fellow but to present a new policy and direction. I am an advocate of the free market of choices and ideas. People have choices regardless of their economic status in life," he said.