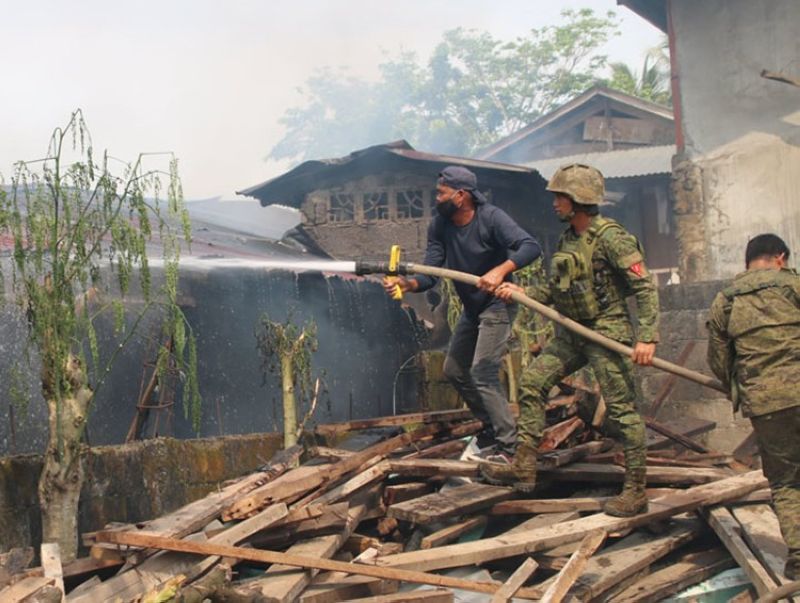 ZAMBOANGA. A fire razed to the ground Monday, March 29, a house in Purok Sidlak in Culo village, Molave, Zamboanga del Sur. A photo handout shows soldiers of the 53rd Infantry Battalion assist firemen in putting off the blaze. (SunStar Zamboanga)

Herrera said the Matapat troopers, together with the firemen from Molave Fire Station and residents in the area, exerted efforts to put off the fire.

He said those who rendered assistance to the firemen include one squad of soldiers to include two former New People's Army (NPA) rebels led by 53IB Scout Platoon Leader Second Lieutenant John Peter Paul Gaquing and Sergeant Ralfh Montiel.