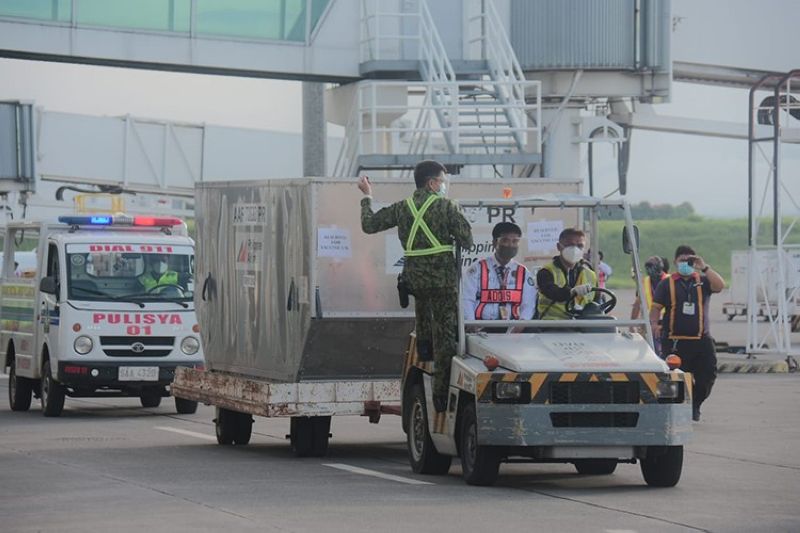 Department of Health-Davao Region (DOH-Davao) Director Annabelle Yumang, who was present during the arrival, said the additional doses are intended for medical frontliners who were not able to be inoculated with the initial Sinovac and AstraZeneca vaccines.

This is on top of the 36,800 doses of Sinovac and AstraZeneca allocated by the National Government to the region.

Yumang clarified, however, that the 7,200 additional doses come from the 400,000 donated CoronaVac vaccines from the Chinese government to the Philippines that arrived in the previous weeks and not part of the one million doses procured by the National Government that arrived on Monday, March 29.

She said the allotted vaccines will be distributed to all provinces in the region.

She also said there are some parts of the region that have yet to use up all their remaining doses.

As of March 29, the health official said 98 percent out of the 36,800 vaccines were already administered.

She said some of those inoculated with the vaccine experienced mild side effects, while some were admitted due to hypersensitivity reactions, but have already recovered.

Yumang said the region is expecting to receive additional doses to cater to remaining healthcare workers belonging to Group A1 who have not yet received the vaccine.

But she said they are still uncertain how many doses and what brand will be delivered to the region in the coming weeks.

According to the issued DOH Department Memorandum 2021-0099 on February 23, 2021, providing the Interim Guidelines for the Implementation of the National Vaccine Development Plan for Covid-19, Priority Group A1 includes frontline workers in health facilities both national and local, private and public, health professionals and non-professionals like students in health and allied professions courses with clinical responsibilities, nursing aides, janitors, barangay health workers, etc.

But Yumag said the DOH is still not recommending the inoculation of the CoronaVac vaccines to seniors. As of now, the vaccines can only be administered to ages 18 to 59 years old.

Meanwhile, she said they are continuously preparing for the listing of senior citizens.

She also said that health workers can also conduct the listing through house-to-house, depending on their strategy, considering some seniors can no longer endure walking or leaving their houses due to their condition.