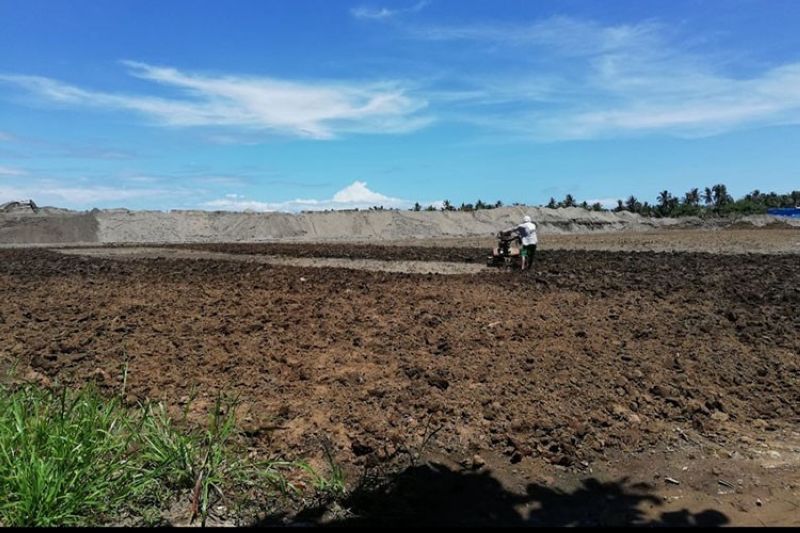 A MINING company in MacArthur, Leyte has started its rehabilitation program amid anti-mining sentiments in the town.

Januar Ong, community relations officer of MacArthur Iron Sand Project Corp. (MIPC), said they were already done with the first phase of the rehabilitation, which involved the backfilling of the topsoil and pure sand with no iron ore content in the one-hectare mining field in Barangay Maya.

According to Ong, they have already plowed the land and put organic fertilizer while waiting for the right weather condition for the planting of vegetables.

“The planting won’t coincide with the rice planting season. We opted for ampalaya, monggo, and watermelon,” said Ong.

"We hope to harvest in three to four months. We will try if we can get an optimum production or we need soil improvement. We will also infuse agricultural technology,” he said.

According to the mining official, they have involved the landowner and coordinated with the Department of Agriculture.

The management also constructed drainage and irrigation canals in the rehabilitated area.

In MacArthur town alone, the MIPC has mining claims of about 300 hectares for three years.

At present, the mining company has leased the seven-hectare rice land owned by Maya village chief Pepito Guimalan for their black sand extraction.

The management leased the private land in the amount of P270,000 per hectare for two years.

Amid criticisms from anti-mining groups, the MIPC management maintained they complied with the national government's necessary permits and tax payments.

According to the Mines and Geosciences Bureau, the MIPC has mining claims of 2,300 hectares in Leyte, covering the towns of MacArthur, Javier, and Abuyog.

The mining company, which reportedly invested P500 million in their black sand operation, hired around 300 workers in MacArthur.

The minerals will be shipped to China, according to the MIPC management.

Black sand is a valuable component in the making of steel, concrete, jewelry, cosmetics, and other industrial products. (SunStar Philippines)