Bzzzzz: Niña Mabatid claims she spent P8.1M for P2,700 Mabolo seniors to help Tomas in 2016 election, tosses back 'liar' charge plus a few other names. 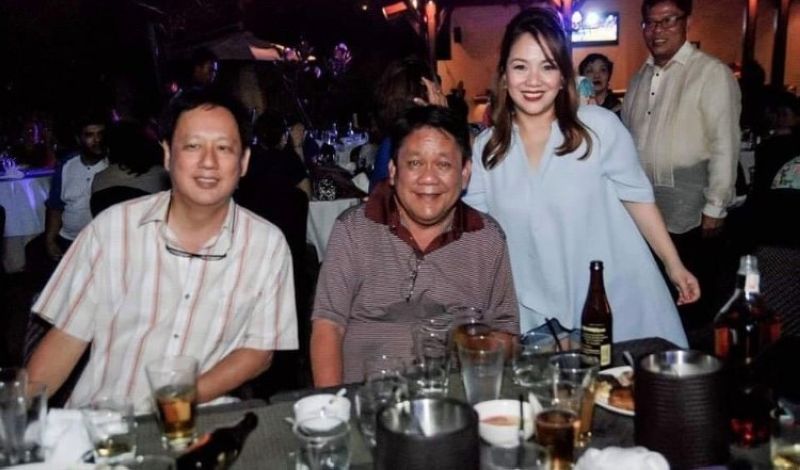 THREE days after former Cebu City mayor Tomas Osmeña's blast at City Councilor Prisca Niña Mabatid, who was a few feet away from him at the barangay assembly in Apas Saturday, March 28, the "konsehala" returned fire.

In a Facebook post Wednesday, March 31, she threw back at Tomas the charge "Bakakon!" that Osmeña hurled at Mabatid in Apas. In a separate disclosure to Bzzzzz, she said she didn't tell anyone from the US. "Cebuanos are witness to how I helped him." We don't have common friends in the US, she said, he just made it up.

Tomas had said before the Apas audience that a friend of his in the US told him Niña claimed she donated P40 million to Tomas in his return bid for city mayor in 2016. Mabatid was then with Osmeña's BOPK. She defected and ran and won under Partido Barug in the 2019 election.

NOT DIRECTLY. Pieced from the FB post and her messages to Bzzzzz, this is what is known:

[1] The "donated money" was not directly given as cash to Tomas. Mabatid said she spent it on Mabolo's senior citizens, BOPK video presentations, stage setup lights and sounds, all his meetings "de avance," victory parties, "plus free processing sa mga aplikante niya (Osmeña) nga tag P150K each." On the latter, she refers to the service of her immigration agency, for which, she said, she paid from her pocket because the agency is a corporation. She said she has "testimonies, and pictures" to prove the size of her spending for Tomas.

[2] To Osmeña's potshot about the performance of Mayor Edgar Labella's administration, she admitted, "OK fine, this administration failed because of Covid..." But, she said, so have other city mayors. "Way maayong laki nga mayor sa pandemic oy..." Even Manila "with the best political leaders, nag ECQ gani og balik..."

[3] On the issue of chickens, which Tomas raised among the issues against the present City Hall rule, Niña alleged: "Nya ikaw wa mamaligya?" She said the former would have even bigger proceeds, as he ordered some barangay officials to sell. The mystery of the chickens continues.

NAME-CALLING. The former mayor, the councilor alleged, was:

[] "the man behind the Waterfront controversy," in which she was accosted at the hotel in 2018 on suspicion of being a prostitute ("I am not a whore," she told media then);

[] the mayor "who padlocked the Sto. Niño Church" in 2001 to keep the vendors away from the church premises;

[] and stepped on sticks of barbecue peddled by a vendor whom the mayor during his first term of office saw violating a city ordinance.

After the ex-mayor called her "bakakon" (liar) in Saturday's Apas, Mabatid struck back, using the words "matapobre, maru" and "ingrato." Along with "the worst mayor the city ever had" and "angry bird" "Ingrato" was the last in the list but surely not the least, sa Niña qualified it with "labaw sa tanan" (most of all) and spelled out the word in all caps.

Having been libeled first is a defense to a complaint for libel, just like self-defense to a physical attack. But the return slander must be proportionate to the first slander. Aw, shucks, said a City Hall watcher, "They're both politicians, they can hurl insults at each other without bothering the courts."

Not me, photographer said

The mask or any other face covering could invite harm or the threat of harm in such a situation as this: A photographer who covered a fire in Sawang Calero, Cebu City fire was initially mistaken for a reporter who in an earlier incident slapped a woman who was not wearing a mask.

A person in the crowd asked the photographer if he was that slap-loving reporter. Why? Did the local boys have the itch to rough him up? Maybe not. The photographer though, sensing hostility, removed his helmet, which served as his mask, to show he was not the villain they had in mind.

When President Rodrigo Duterte playfully reached out his hand in a seeming attempt to grab the crotch of a female helper on his birthday (he turned 76 last Saturday, March 28), one explanation offered was that it is the Visayan custom to do that: purely in jest, it says.

The other response to the incident, which drew some criticism in the internet, was from Harry Roque, presidential spokesman, who said there was no malice and it was done in the presence of Duterte's partner Honeylet.