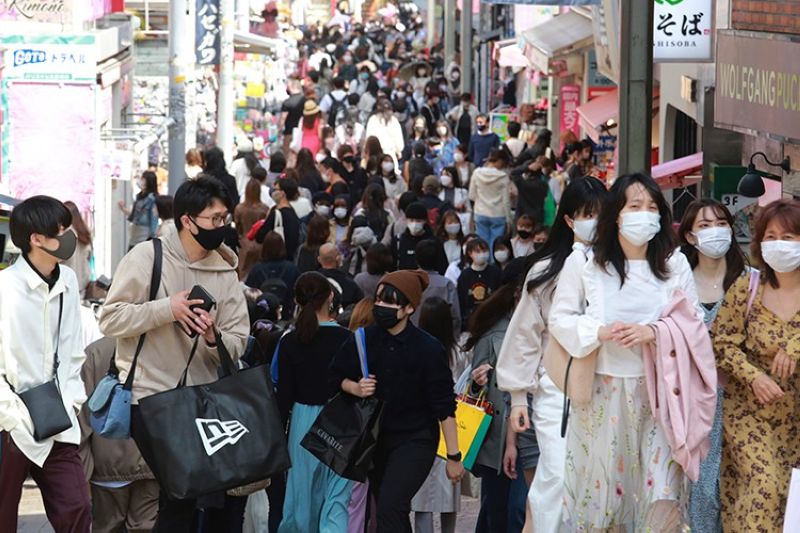 JAPAN. People wearing face masks to protect against the spread of the coronavirus walk on a street in Tokyo, Wednesday, March 31, 2021. (AP)

TOKYO -- Japan is calling for further investigation into the origins of Covid-19, saying the WHO report released this week was based on work that faced delays and lacked access to essential virus samples.

“In order to prevent future pandemics, it is indispensable to carry out prompt, independent and experts-led investigations that are free of surveillance,” Chief Cabinet Secretary Katsunobu Kato told reporters. “We are concerned that the latest investigation faced delays and the lack of access to virus samples.”

The World Health Organization's report was released Tuesday after experts traveled to Wuhan, China, the city where illnesses from the coronavirus were first detected in late 2019.

China has touted its cooperation with WHO and warned that attempts to politicize the matter would cost lives. The US and other countries say the WHO report lacked crucial information, access and transparency and further study was warranted.

“We will further cooperate with other countries in carrying out additional studies that are still necessary,” Kato said.

The report said the virus most likely came from bats and spread to an unidentified mammal before being transmitted to people. It called a laboratory leak an unlikely route of transmission that didn't warrant further study. (AP)