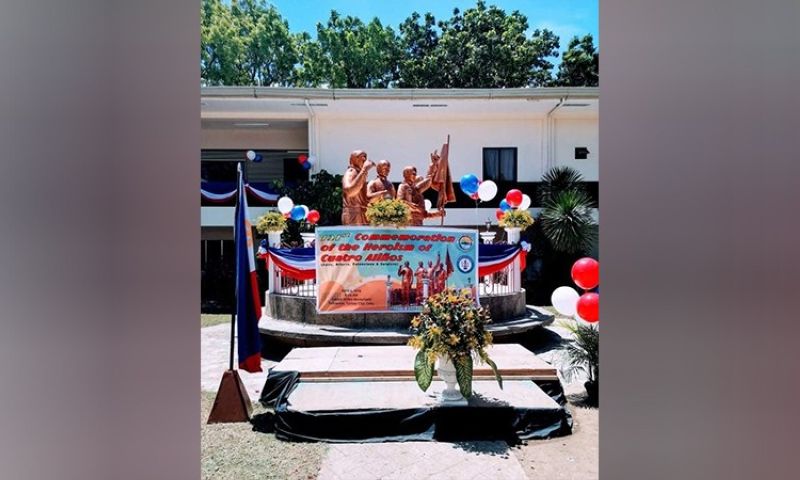 CEBU. The statue of the Cuatro Aliños found in Talisay City College where the Dos de Abril is commemorated. (Contributed photo) 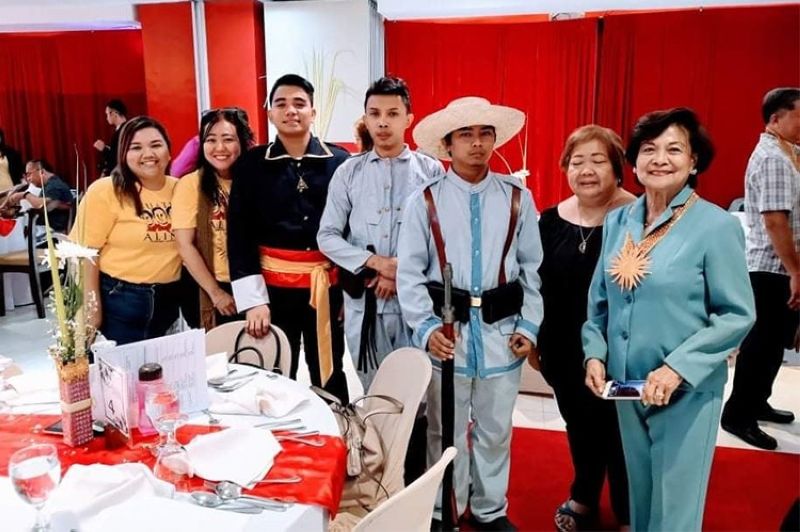 CEBU. Ex-Court of Appeals Associate Justice Portia Aliño-Hormachuelos, a granddaughter of Sulpicio Ali?o, one of the Cuatro Aliños with Suzette Aliño Kimmi and Es and actors in Katipunero uniforms in Palm Grass Heritage Hotel. (Contributed photo) 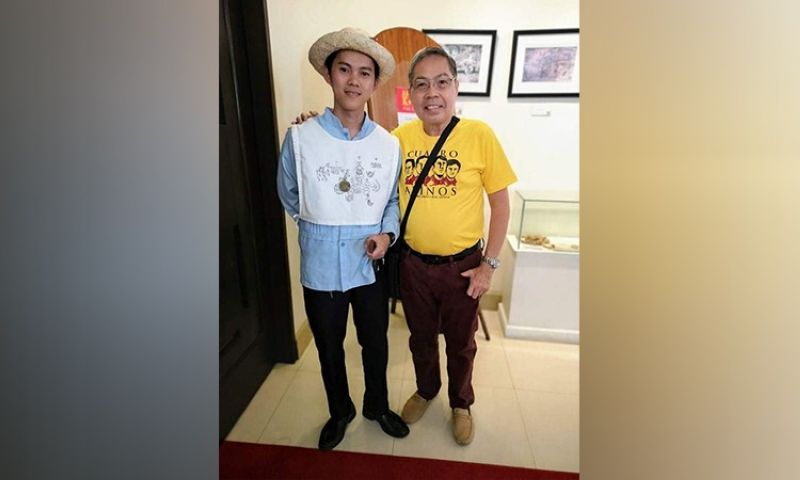 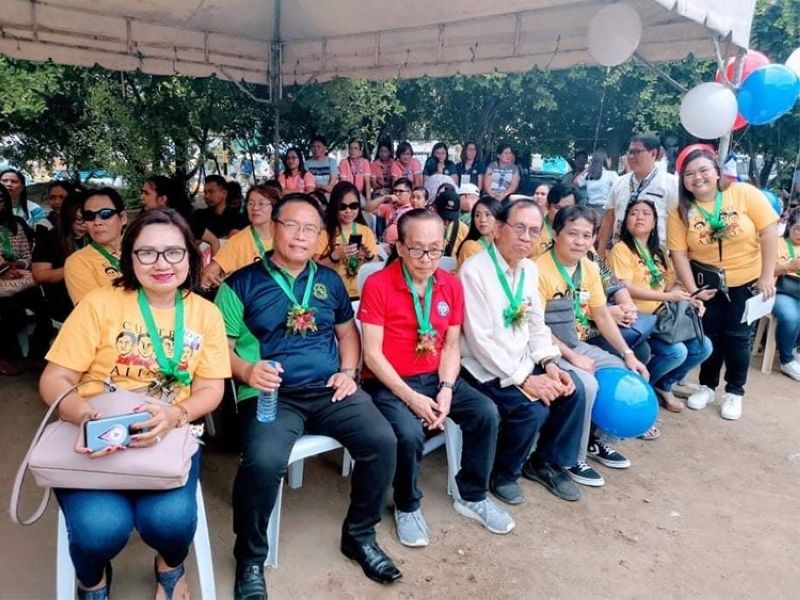 THE Aliños toward the end of the Spanish colonization were enlightened ilustrados or what is known as the enlightened gentry. They were no land-owners although, they owned a little bit of land as a small farm lot, which was then called a Baol. But they were educated. The father of the Cuatro Aliños was a school teacher, which was then a privileged position in dying Spanish Cebuano society.

The Cuatro Aliños -- Hilario, Potenciano, Felix and Sulpicio -- were in the prime of their lives -- with Sulpicio, the youngest who was then nearing 20, while the others were in their 20's with Hilario as the eldest.

The Cuatro Aliños who were educated were also in touch with the global call for nationalism and with the plight of their fellow Filipinos being near the sugar haciendas of Talisay -- the Friar Estates.

We grew up with the tira-tira and the kamay and those little brown globules of newly cooked muscovados. With the tubo and lubi around us, we were surrounded with food with much kamay, and kinagud nga lubi like the biko, and the putong balanghoy.

But these kamay and lubi were also the crops of panglupig and pagdaugdaug. The four Aliños were aware and very conscious about that, that when the Katipuneros started to organize, the Cuatro Aliños were the first to answer to the call of struggle for national independence, against foreign domination and colonial rule.

The Cuatro Aliños never forgot what they were fighting for. And for that, they suffered.

The Spanish Officials, knowing of the plans, sent a force to Talisay not knowing that the four Aliños were waiting for them.

Along that road from Cebu toward Talisay was a stretch in San Isidro where on Dos de Abril the Talisay Katipuneros struck with bolos and in the belief of the invincibility of their habak and overcame that Spanish force. The news reverberated in Cebu and the Spanish colonizers were filled with fear, and sent a bigger force to Talisay putting Cebu in a very vulnerable situation without much force to defend itself.

It was the Talisay Katipuneros who drew first blood and gave the Cebu Katipuneros a great opportunity by lessening the Spanish forces in Cebu as a good substantial number of forces were sent to Talisay.

The four Aliños after the successful ambush went to Talisay proper and killed the friars, hanging them on the belfry of the Church. From that time on, the four Aliños became known as the matafrailes -- the friar killers.

When the stronger Spanish force arrived in Talisay, the Talisay Katipuneros had already retreated with some of them led by Potenciano beefing up the Cebu Katipuneros. During the retreat from Cebu after the Tres de Abril and the arrival of the Spanish gunboat, the Aliños were given commands, all over Cebu Province. Potenciano in the towns of Minglanilla, Pardo and Naga, while Hilario in the Southwestern area of Badian and Felix in the Northwestern area of Toledo to Asturias. Sulpicio was the adjutant of Potenciano and sometimes that of Hilario.

When the Spanish forces retired to Zamboanga, the Katipuneros became the government in Cebu in December of 1898. But it was shortlived, as on February, 1899, an American naval gunboat arrived off the shores of Cebu and asked for Cebu's surrender.

During the meeting on that day, the Aliños were against allowing the American forces to land in Cebu but they were blindsided by those who were already coopted to the Americans and thus the start of the Filipino American War in Cebu with the four Aliños raising the banner of struggle against the new colonizers.

The four Aliños were a brave lot. And they had principles. Their struggle was in the belief of Filipino Independence, not as a vassal of any country. They will continue fighting until independence is achieved.

When Arcadio Maxilom after several years of fighting laid down his arms and surrendered to the American forces, he ordered all Katipuneros to surrender or be arrested. The Aliños did not surrender. Potenciano was arrested but Hilario was able to escape and went into hiding and until the present may still be continuing the struggle for Philippine independence.