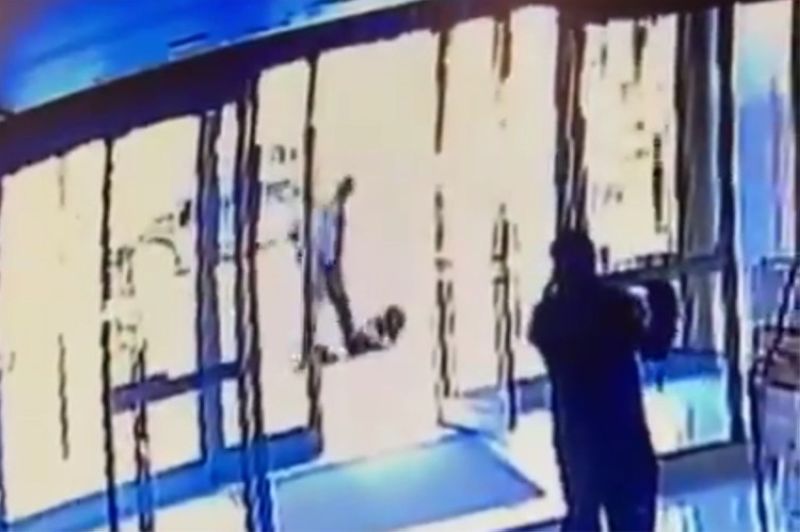 Screenshot from the video circulating online

THE Philippine Consulate General in New York thanked the New York police for the arrest of the suspect in the violent assault on a 65-year-old Filipina in Midtown Manhattan on Monday, March 29, 2021.

It also reminded Filipinos in New York and surrounding areas to remain vigilant and to immediately report any incident to authorities.

The victim was identified as Vilma Kari, 65, who had migrated to the United States decades ago.

The suspect, on the other hand, was identified as Brandon Elliot, an ex-convict who is on lifetime parole after he was released from prison in 2019. He was convicted of stabbing his mother to death in 2002.

Videos of the incident showed Kari walking in New York City Monday, March 29, when Elliot kicked her in the stomach and then on the head three times.

Reports said Elliot was living in a homeless shelter a few blocks from the area where the attack happened.

“We thank the New York Police Department (NYPD) and all those who, in one way or another, contributed to the efforts that led to the arrest of Brandon Elliot,” said the Philippine Consulate General in New York.

The Consulate General also reminded the Filipinos in New York and nearby areas to remain vigilant.

“In view of the alarming surge in hate crimes against members of the Asian Community in the United States, the Consulate General would like to remind the kababayans in New York and surrounding areas to remain vigilant and to immediately report any incident by calling 911 or the Asian Hate Crimes Task Force of the NYPD at 1-800-440-HATE,” it said in a statement. (LMY/SunStar Philippines)