Suspect in attack on Filipino woman in NYC arrested 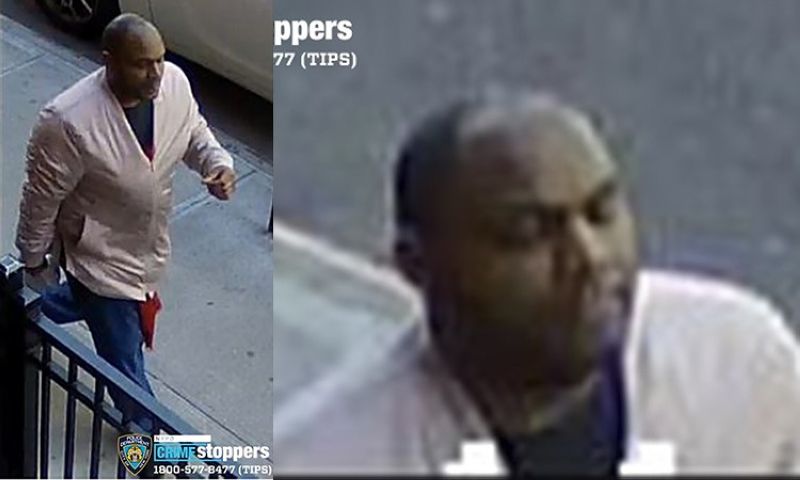 NEW YORK -- A parolee convicted of killing his mother nearly two decades ago was arrested on assault and hate crime charges in an attack on a Filipino woman in New York City, police said.

Police said Brandon Elliot, 38, is the man seen on surveillance video kicking and stomping the woman near Times Square on Monday, March 29. The woman was attacked in front of an apartment building.

Two lobby workers witnessed the violence but no one intervened or called 911, police said. Their union said Wednesday they told a union representative that they waited until the attacker left because he had a knife and then flagged down a police car.

Elliot, who is Black, faces charges of assault and attempted assault as hate crimes. He made an appearance in court via video Wednesday night, and was remanded into custody, with the next court date scheduled for Monday.

The Legal Aid Society, which is representing him, said in a statement, “We strongly urge the public to reserve judgment until all the facts are presented in court.”

Elliot lived at a hotel that serves as a homeless shelter a few blocks from the attack scene, police said. He was taken into custody at the hotel around midnight. Tips from the public led to his apprehension, police said.

Elliot was convicted of stabbing his mother to death in the Bronx in 2002, when he was 19. He was released from prison in 2019 and is on lifetime parole. The parole board had previously twice denied his release. His record also included an arrest for robbery in 2000.

“For the life of me, I don’t understand why we are releasing or pushing people out of prison — not to give them second chances, but to put them into homeless facilities or shelters, or in this case a hotel — and expect good outcomes,” Police Commissioner Dermot Shea said at a news conference Wednesday. “We need real opportunities. We need real safety nets.”

A law enforcement official identified the victim as 65-year-old Vilma Kari. The official was not authorized to speak publicly and did so on condition of anonymity. Kari’s daughter told The New York Times that she emigrated from the Philippines several decades ago.

Kari, who was repeatedly kicked and stomped, suffered serious injuries including a fractured pelvis, the law enforcement official said. She was discharged from the hospital on Tuesday, a hospital spokesperson said. Kari has been speaking to police, Shea said.

Philippine Ambassador to the US Jose Manuel Romualdez said the victim is Filipina American.

The country’s foreign secretary, Teodoro Locsin Jr., condemned the attack, writing on Twitter: “This is gravely noted and will influence Philippine foreign policy.” He didn’t elaborate how.

The Philippines and United States are longtime treaty allies, but Philippine leader Rodrigo Duterte is a vocal critic of US security policies who has moved to terminate a key agreement that allows large-scale military exercises with US forces in the Philippines.

“I might as well say it, so no one on the other side can say, ‘We didn’t know you took racial brutality against Filipinos at all seriously.’ We do,” Locsin said.

Kari was walking to church when police say Elliot kicked her in the stomach, knocked her to the ground, stomped on her face, shouted a curse and anti-Asian slurs and told her, “You don’t belong here” before casually walking away as onlookers watched. Shea called it a “completely unprovoked violent attack on an innocent, defenseless woman.”

Monday’s attack, among the latest in a national spike in anti-Asian hate crimes, drew widespread condemnation and concerns about the failure of bystanders to intervene. New York City Mayor Bill de Blasio called the attack “absolutely disgusting and outrageous” and said it was “absolutely unacceptable” that witnesses didn’t help the woman.

The attack happened just weeks after a mass shooting in Atlanta that left eight people dead, six of them women of Asian descent, and just a few days after a 65-year-old Asian American woman in the same midtown Manhattan neighborhood was threatened and heckled with anti-Asian slurs.

The surge in violence has been linked in part to misplaced blame for the coronavirus pandemic and former President Donald Trump’s use of terms like “Chinese virus.”

The late morning attack happened in front of a luxury apartment building in Hell’s Kitchen, west of Times Square. Two lobby workers, described by their union as doormen, were seen on video witnessing the attack but failing to help Kari. One of them was seen closing the building’s door as she was on the ground.

The building’s management company said the workers were suspended pending an investigation. The workers’ union, SEIU 32BJ, initially said that they immediately called for help. A spokesperson clarified Wednesday that the workers waited until the assailant walked away to check on Kari and flag down a nearby patrol car.

Residents of the building also defended the workers, saying in a letter Wednesday that a widely seen video clip focusing on the assault cut off before they could be seen giving the victim aid and alerting medics.

Detective Michael Rodriguez said Wednesday that patrol officers driving by came upon the victim after she was assaulted.

The Associated Press has requested the full video from the building’s management company. The company has not responded.

This year in New York City, there have been 33 hate crimes with an Asian victim as of Sunday, police said. There were 11 such attacks by the same time last year. The NYPD last week said it was increasing patrols in Asian neighborhoods, including using undercover officers to prevent and disrupt attacks.

Joo Han, the deputy director of the Asian American Federation, called the plainclothes patrols a “knee-jerk response” that ignored misgivings she said many people in Asian communities have about law enforcement.

“That wasn’t something that was done in conversation with community leaders,” Han said. “That’s not something that we would have recommended. That’s not safe for a lot of folks who may not have status, who don’t have comfortable interactions with NYPD.” (AP)