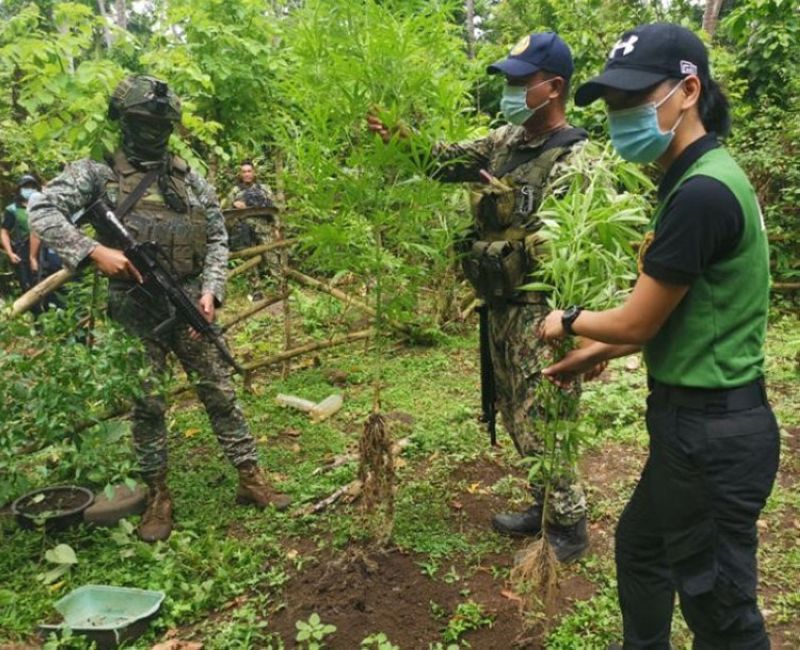 THREE more marijuana plantations were raided and burned by members of the Marine Battalion Landing Team-7 (MBLT-7) in partnership with other law enforcement units in the province of Sulu, officials said Friday, April 2.

Songano said the three plantation sites they raided Wednesday have more or less one hectare total area planted with fully grown marijuana with an estimated worth of P760,000.

He said the three marijuana plantation sites are a certain Jaju.

"This was all made possible by our concerted efforts with the Philippine Drug Enforcement Agency (PDEA)-Sulu and Sulu Provincial Police Office's (SPPO) intelligence unit. We have burned the marijuana on site and continue to keep an eye on the aforesaid area," he added.

The discovery Wednesday of the three plantation sites came five days after the MBLT-7 along with PDEA-Sulu and SPPO raided and destroyed two marijuana plantations, also in Masjid Punjungan village, Kalingalang Caluang town.

The two marijuana plantations, which were raided and destroyed on March 26, has an estimated with of P21 million and is owned by a certain Utoh.