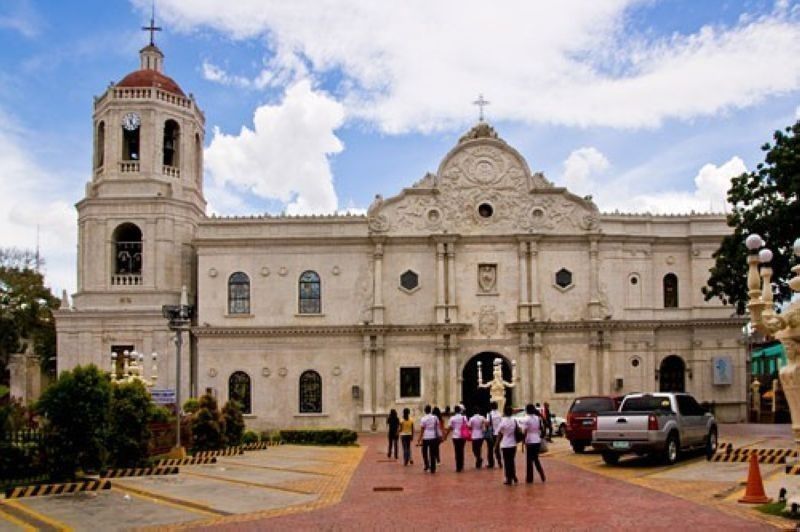 THE experience of the 25 Lumad or indigenous people taking temporary shelter in a retreat house owned by the Society of the Divine Word priests in Cebu was highlighted in the reflection of the Seven Last Words or “Siete Palabras” shared virtually by the Cebu Metropolitan Cathedral on Friday, April 2, 2021.

In his reflection of the fifth word: “I thirst,” Rev. Fr. Melchor Fuerzas, SVD, assistant vice president for administration of the University of San Carlos, said unity, solidarity, and communion can quench the present thirst experienced by the community that is now longing for various things because of the pandemic.

He said many people have lost jobs, missed and lost loved ones because of the pandemic but continued solidarity, as shown in the sacrifices of the frontliners, and this has given hope during these dark times.

He also mentioned, as he cried, the “thirst” experienced by the Lumad community during and after what authorities called a “rescue” which others named a “raid” in February this year.

The “rescue/raid” of the Lumad students in a makeshift “Bakwit school” in the University of San Carlos resulted in the arrests of their tribal leaders and teachers. It also led to the return of some Lumad to their places of origin in Talaingod while some are still in the custody of the Department of Social Welfare and Development 7.

This year’s reflection on the Seven Last Words at the Cathedral centered on the essential disposition of religious missionaries and their experience and journey in fulfilling their mission.

Revolving on the theme “Gifted to Give,” the seven sharers brought out various calls to action relating to the current relevant matters such as the Covid-19 pandemic, the anticipated 500 Years of Christianity celebration, and other issues in the community such as that concerning the 25 “Lumads” or indigenous people from Mindanao who were previously taking shelter in a retreat house owned by the Society of the Divine Word priests in Cebu before law enforcement authorities took them away. (WBS)