Remembering the bravery of the Sugbuanon warriors 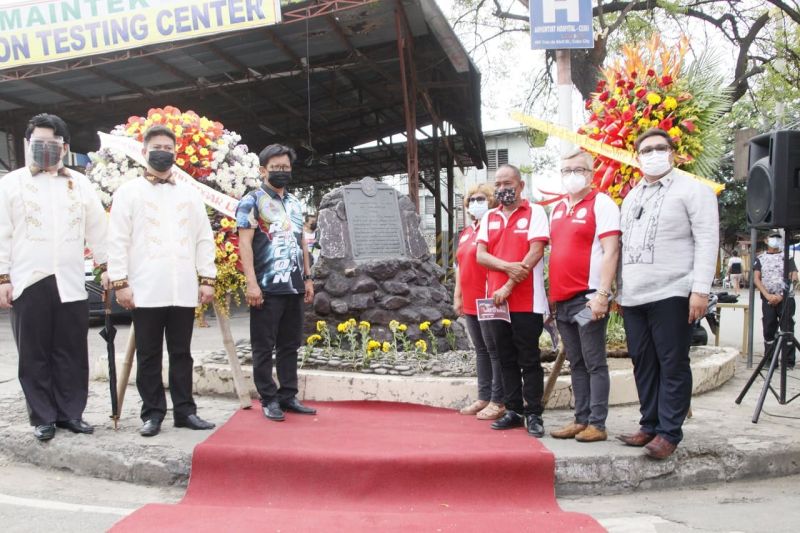 THE Cebu City Cultural and Historical Commission (Chac) paid tribute to those who joined the Tres de Abril revolution in 1898 in commemoration of the 123rd anniversary of the historic battle.

The City Government held a wreath-laying ceremony at the Tres de Abril marker located at the corner of Tres de Abril Street and V. Rama Avenue on Saturday, April 3, 2021.

Chac commissioner and historian Jobers Bersales conducted an online discussion called “Kaligutgot: The 2021 Battle of Tres de Abril Commemorative Lecture” to give Cebuanos a deeper background of the Tres de Abril revolution, especially the contribution of the San Nicolasnon to the historic battle.

Bersales said most of those who joined, including one of the leaders of the Katipunan established in Cebu, came from San Nicolas.

The dispute over lands prior to the 1898 revolt was one of the factors why most of the former leaders from San Nicolas joined the movement, he added.

Bersales said that San Nicolas, which is now a barangay in Cebu City, used to be a municipality spanning until Santander.

In 1565, a treaty between Rajah Tupas and the Spanish Miguel Lopez de Legazpi was created mandating that all the natives live in San Nicolas while the conquistadores would settle across the Guadalupe River.

Bersales said in the 1830s, San Nicolas lost its covered lots. In 1738, residents of San Nicolas filed a case before the Real Audiencia after their lots in Talisay were taken by the friars of Santo Niño. They lost the case.

Bersales said San Nicolas, which had a population of 30,000, remained to have few developments but development boomed on the other side where Parian is located.

“The anger seething in San Nicolas was a prelude to Tres de Abril,” said Bersales.

When the Katipunan in Cebu chapter was established in January 1898, those who immediately joined came from San Nicolas. These included Anastacio Oclarino, Florencio Gonzales who was a dismissed secretary of the Ayuntamiento, and Gabino Gabucayan.

In February 1898, the “ex-captains” of San Nicolas joined the movement, led by former leader of the municipality, Andres Abellana. He was later joined by Jacinto Pacaña, justice of the peace Candido Padilla, and Francisco Llamas, who was also former officer of the municipality.

Bersales said Llamas’ sister was married to a Chinese honorary consul who later became known as the financier of the Katipunan.

At the onset of the battle between the Spanish and the Katipuneros, more people wanted to join the Katipunan after they saw how Pantaleon Villegas, more known as Leon Kilat, survived when he was attacked by the Spanish soldiers using a cannon.

The Katipuneros captured majority of the areas in Cebu for three days. But a gunboat that arrived from Iloilo drove the Katipuneros to retreat.

Bersales said many Katipuneros died during the revolt.

Meanwhile, Leon Kilat was killed by his own aide in Carcar.

The natives in Carcar saw that the “tide is turning,” which eventually led the Spanish to have a settlement in Carcar.

Bersales said that in 1934, the municipality of San Nicolas was eventually dissolved and made part of Cebu City with a promise that the pier or seaport would be built in the area. This has not been realized until now.

Bersales said this is the “sad fate” of San Nicolas.

“Kamong nga taga San Nicolas, kita’ng mga taga Cebu, you should celebrate the glorious past of San Nicolas and the Tres de Abril... (the) San Nicolas’ role in the defense of the natives in 1571 to the case they filed to stop the expansion of Hacienda Talisay. This should be recognized,” said Bersales.

Bersales said the Chac plans to buy the property where the Tres de Abril marker is located.

He said the Chac plans to build a museum “worthy of the bravery of San Nicolasnon and Sugbuanon warriors.”

“There should be a better thing than just a mere marker,” Bersales added. (JJL)
< Previous PageNext Page >