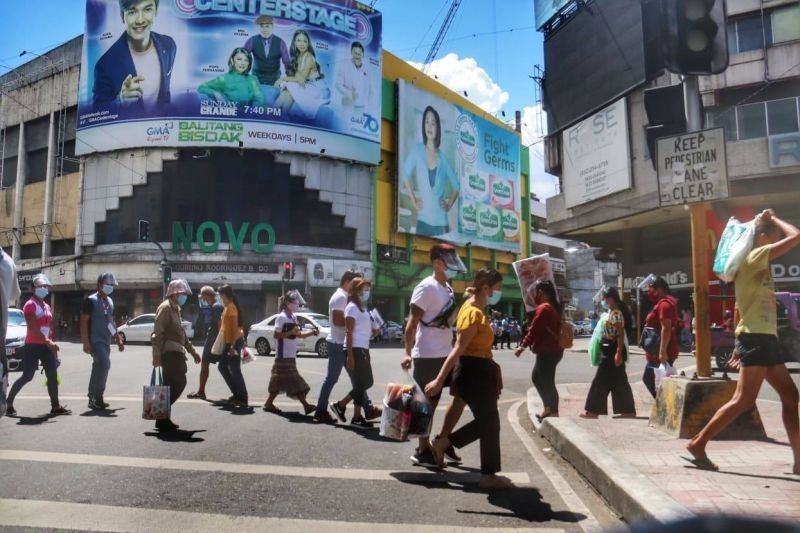 THE Department of Health (DOH) 7 noted a drop in Covid-19 critical care utilization rate (CCUR) in private hospitals in Cebu.

But the situation is still severe in Metro Manila.

Dr. Mary Jean Loreche, DOH 7 spokesperson, said the Cebu private CCUR is at 31.2 percent as of April 1, 2021; this is significantly within the 60 percent “safe level.”

“(Covid-19) cases are getting controlled,” she told SunStar Cebu in a text message on Saturday, April 3.

As of April 1, only 270 of the total allotted Covid beds in private hospitals in Cebu are occupied while a total of 595 beds remain available.

This is even better than the 35.8 percent CCUR recorded on March 26, before the Holy Week, when 310 beds were occupied and 555 beds were available.

Loreche earlier said the CCUR is down as hospitals now mostly cater only to moderate to critically ill cases, or mild cases with co-morbidities.

As of Saturday, April 3, Central Visayas recorded a total of 5,124 active cases. The region had 120 new cases on the same day.

Barangays in Cebu City recorded fewer cases of the coronavirus disease 2019 (Covid-19) for the past 10 days, from March 24 to April 2.

For the past weeks, barangays in Cebu City logged more than 90 Covid-19 cases, while Barangay Guadalupe, the barangay with the most number of cases, had breached the 100 mark.

The Emergency Operations Center (EOC) also saw the cases of top 10 barangays with the highest number of Covid-19 cases, continue to decline.

It is far from its situation a month ago, specifically from Feb. 21 to March 2, when it recorded 207 cases.

Other barangays in the city, which recorded the highest number of Covid-19 cases from March 24 to April 2, include Barangays Lahug which has 60 cases; Talamban-54; Apas-49; and Camputhaw-46.

Barangay Tisa, which used to be in the top five barangays with the most number of cases, has recorded 41 cases for the past 10 days.

Of the 80 barangays in Cebu City, 69 barangays currently have active Covid-19 cases, while 11 barangays have not recorded any cases for the past 10 days, based on the EOC data.

Its total positivity rate is 9.75 percent out of the 223,131 individuals tested.

As to the isolation centers, there are 1,358 beds available.

The EOC data also showed that the bed occupancy rate in 15 hospitals in the city, both private and public, is only 31.8 percent out of the 1,033 total beds dedicated for Covid-19 patients.

The daily positivity rate reached a new high of 24.2 percent, which means that nearly one in four samples tested for Sars-CoV-2 as of noon of April 2 yielded a positive result.

Mortalities exceeded 100 for the second time in four days. The case bulletin listed 103 deaths, which raised the death toll from Covid-19 to 13,423. The case fatality rate decreased further to 1.71 percent.

The DOH traced the high number of mortalities to efforts to reconcile DOH data with those of the Philippine Statistics Authority and the local Epidemiology Surveillance Units.

There were 599 new recoveries, increasing the total to 604,905. The proportion of recoveries declined further to 77.2 percent.

Despite the deluge of Covid-19 patients seeking hospital care, the DOH on Saturday, April 3 said all its 17 hospitals in Metro Manila are operational, although eight have requested the setting up of modular tents to accommodate more patients.

In a statement, the DOH said some DOH-retained hospitals in the National Capital Region (NCR) have suspended operations of elective surgeries and outpatient department (OPD) operations “while HCWs (healthcare workers) recover from Covid-19.”

The Philippine Orthopedic Center had announced the suspension of its OPD and elective surgery operations.

In its April 3 case bulletin, DOH said 80 percent of intensive case unit (ICU) beds in the NCR were occupied.

Utilization rates for isolation and ward beds were 72 percent and 59 percent, respectively, while 63 percent of mechanical ventilators were in use.

In its Covid-19 tracker, however, DOH said the utilization rates for beds and equipment were based only on data from 12.4 percent of the facilities as submitted to the DOH DataCollectApp.

Including private hospitals, 51 facilities in the NCR were at a critical level in terms of Covid-19 occupancy as of April 1, according to the tracker. Occupancy of more than 85 percent is considered critical.

The number of facilities within the safe zone, with occupancy of less than 60 percent, has dwindled to 61.

With this situation, the National Capital Region (NCR) and the provinces of Bulacan, Cavite, Laguna and Rizal will remain under enhanced community quarantine (ECQ) for another week beginning April 5, 2021, the Inter-Agency Task Force (IATF) for the Management of Emerging Infectious Diseases has decided.

Presidential Spokesperson Harry Roque, who announced the decision Saturday evening, April 3, 2021, said the quarantine level might be lowered to modified enhanced community quarantine (MECQ) after one week if the prevention, detection, isolation, treat and reintegrate (PDITR) strategy results in a reduction of Covid-19 cases.

The NCR, or Metro Manila, and its four neighboring provinces, dubbed as NCR plus or Greater Manila Area, are under ECQ until Sunday, April 4 as part of efforts to slow down transmission of Covid-19. (WBS / JJL / HDT / SunStar Philippines)
< Previous PageNext Page >