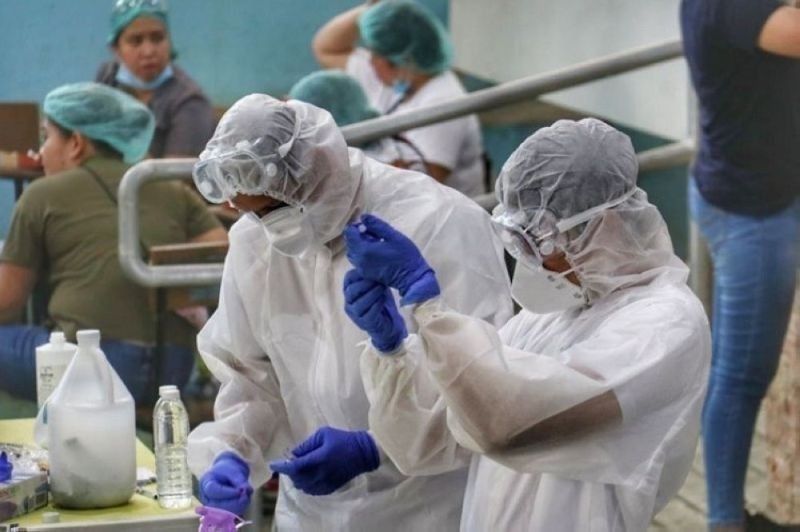 AROUND a hundred hotel frontliners in quarantine and isolation hotels have been vaccinated against Sars-CoV-2, the virus that causes coronavirus disease 2019 (Covid-19), the Hotel, Resort and Restaurant Association of Cebu (HRRAC) said on Saturday, April 3, 2021.

HRRAC president Alfred Reyes told SunStar Cebu that the vaccination started in the last week of March after the prioritization of medical frontliners.

“It was pushed by the Department of Tourism (DOT) that quarantine hotel staff will be vaccinated. So some members already started vaccinating hotel staff like reception, housekeeping and for isolation hotels, including their medical staff,” he said.

In a regional advisory on March 25, 2021, the DOT said that with the National Deployment and Vaccination Plan, DOT Secretary Bernadette Romulo-Puyat had formally requested the inclusion of tourism frontline service personnel in the priority population Group A for vaccination against Covid-19.

More particularly, the request was for the tourism workers in the accommodation establishments to be included in the following priority population groups:

A4 – Frontline personnel in other accommodation establishments

Reyes said five properties already started their vaccination. There are 28 properties that were converted to quarantine hotels with a total capacity of 2,084 rooms.

Meanwhile, Reyes said the decision to lift the mandatory 14-day quarantine for Cebu Province-bound overseas Filipino workers (OFW) and returning non-OFWs is “much better for the government since it would be a financial relief for the Overseas Workers Welfare Administration (Owwa) and for the OFW.”

Owwa foots the bill for the hotel accommodation of returning OFWs undergoing the mandatory 14-day quarantine.

Filipinos arriving from international trips would need only to fill out online a passenger registration form at the Mactan-Cebu International Airport (MCIA) website, undergo a reverse transcription polymerase chain reaction (RT-PCR) test for Sars-CoV-2 on arrival at the airport, and book a DOT-accredited hotel room where they will stay while awaiting the test result.

Those with negative test results will be allowed to immediately go home.

On Sunday, April 4, the Department of Health (DOH) 7, with the Office of the Presidential Assistant for the Visayas (Opav) and Project Balik Buhay (PBB), announced that they had launched free swab testing for OFWs and returning residents arriving on international flights at the MCIA international arrival area on March 31, 2021.

Dr. Mary Jean Loreche, DOH 7 chief pathologist and spokesperson, in a statement said this aims to “unburden” the Owwa from spending so much on OFWs’ hotel stays.

“This is in response to the directive of President Rodrigo Roa Duterte for the fast-tracking of the testing and the release of results for the OFWs and returning residents,” added OPAV Secretary Michael Lloyd Dino.

There are 11 testing booths at the MCIA international arrival area.

Loreche said the DOH 7 deployed a team at the airport to conduct testing for arriving passengers.

The results of the swab tests will be released in 24 to 48 hours.

Passengers testing positive will be turned over to the Temporary Treatment Mega Facility and Isolation Facility of the concerned local government units.

The DOH 7 is seeking sponsorship for test kits and consumables from the private sector to attain “operational sustainability,” Loreche said.

“Mayor (Junard) Ahong (Chan) of Lapu-Lapu City submitted a letter of request for domestic arrivals, but we will have to meet with our team on Monday to discuss this,” Loreche said. (JOB, WBS with PR)