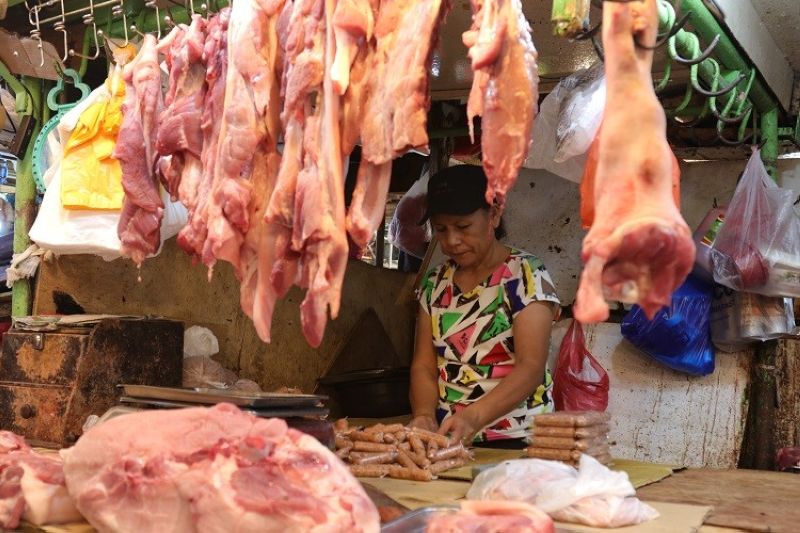 WEAK ENFORCEMENT. Despite existing regulations against the African Swine Fever, Hogfadi president Eduard So said its enforcement remains weak as smuggled pork is still able to enter the market. The group is currently lobbying for a much stricter policy in Davao City to prevent the entry of pork from ASF-affected areas. (Photo by Mark Perandos) 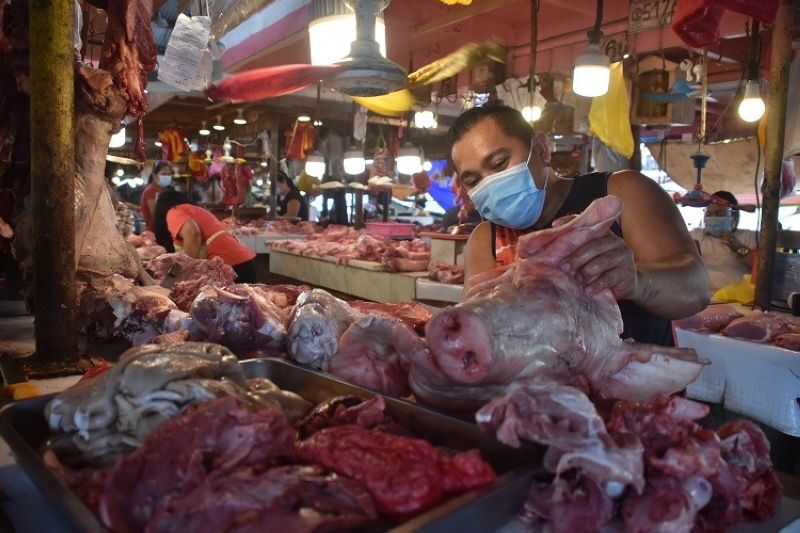 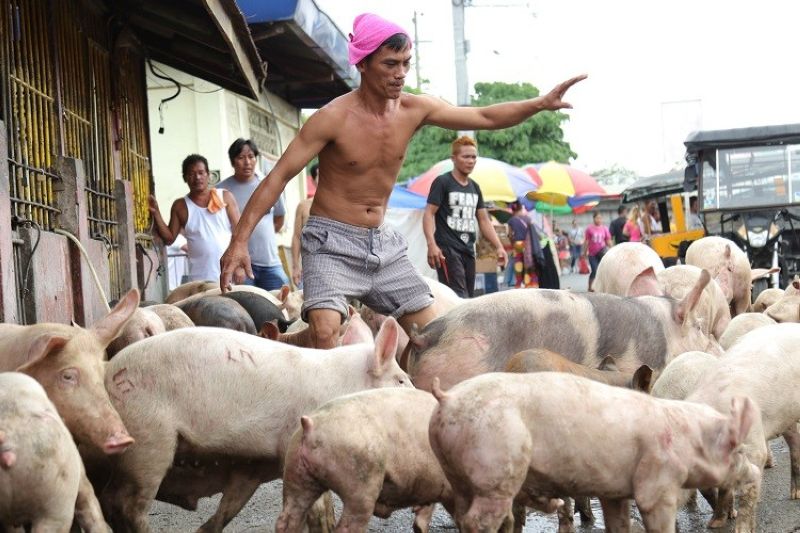 MORE than a year ago, the African Swine Fever (ASF) struck the town of Don Marcelino, Davao Occidental.

Dr. Armie Capuyan, Department of Agriculture-Davao (DA-Davao) Plant Pest/Animal Disease Monitoring Surveillance Section chief, attributed the spread of the ASF in the region to swill feeding, trading or selling of infected hogs or tainted meat online and in the markets, and poor biosecurity measures by most backyard farmers.

In response, Capuyan said DA-Davao and its partners implemented several measures in the hopes to mitigate the effects of ASF.

One of the early ASF control measures DA-Davao and local authorities implemented were several biosecurity measures from the implementation of border lockdowns to the culling of infected hogs.

“We have collaborated with our academe partners like the UP Genome Center and neighboring regions like DA-12 (Soccsksargen) through their regional animal disease diagnostic laboratory to allow fast and reliable diagnosis of cases,” Capuyan said during Davao Chamber of Commerce and Industry, Inc.'s (DCCCII) Davao Agri Trade Expo webinar on Biosecurity Measures and Farm Management System on March 24, 2021, adding that by knowing the status of the hogs as soon as possible, they are able to immediately respond and provide surveillance support.

Despite the ASF control measures, the hog industry in Davao Region still took a sizable hit.

“The ASF created a big impact in the decline in the production and inventory of our hogs here in Davao Region,” Capuyan said.

The drop in supply has also affected the farmgate price of hogs. Data showed that farmgate price averaged at P120.14 per kilogram (kg), which was higher than the 2019 average of P95.82.

Eduard So, president of the Hog Farmers Association of Davao Region, Inc. (Hogfadi), said the Philippines’ weak border control is among the factors that led to the spread of ASF in the country.

“The problem is the Philippines is very lax in biosecurity on borders,” So said.

Even though the country is already hit with ASF, the country still does not have strict biosecurity on borders.

“We still a lot of imported meat coming from infected countries. The department (DA) has issued penalties for infected meat for local producers, but I don’t see any penalties or smugglers that have been arrested even before,” So said.

He added while there are regulations prohibiting the importation of infected meat from infected countries, “enforcement is very weak.”

He added that pork inside supermarkets may be overlooked by government agencies.

“The DA issued a memo to ban all entries of imported meat. The problem lies on, for example, nasa luob ng supermarket yung goods. Kung nandiyan na yan, sinong agencies ang authorized to confiscate and penalize the stores? Kasi nagtutulukan sila if si FDA (Food and Drug Administration) ba, si DA ba, is LGU ba (If the goods are in the supermarkets, which of the agencies are authorized to confiscate and penalize the stores? Right now, it seems like they are unsure if it is the FDA, DA, or the LGU),” So said.

Capuyan said the agency acknowledges the gap when it comes to the implementation of biosecurity in the borders. However, she said one of the issues they noted at the border control is the lack of enough manpower to check on vehicles transporting meat.

(Even though we have checkpoints, some traders and individuals will find a way to bring the pig to its intended destination. Some would go as far as transporting the pigs on a boat along the river to avoid checkpoints.)

Among the flagship programs the DA is doing now are the Bantay ASF sa Barangay and the national hog repopulation program, which were both launched nationally on February 11, 2021. Some P29.6 billion has been invested by public and private entities to control the ASF and revive the swine industry.

The department has budgeted P400 million for the repopulation of ASF-affected areas. There is also additional funds from the National Livestock Program to expand existing stocks in ASF-free areas.

At the regional level, Capuyan said they are already coordinating with LGUs for the implementation of the Bantay ASF sa Barangay and hog repopulation.

She said they have already met with the provincial governments of Davao Occidental and the municipal government of Don Marcelino for the implementation of the program.

As part of the repopulation program, DA-Davao has conducted surveillance of Don Marcelino to see if ASF is still present in the area.

“It is good to note that in the initial surveillance, the municipality has no reports of incidents of ASF based on the laboratory results. We are now on the level of eyeing sites for the possible repopulation of the [hogs] in those previously affected areas,” Capuyan said.

She added they are also coordinating with the LGUs of Davao del Sur and Davao City.

Capuyan said DA-Davao is also working closely with state universities and colleges (SUCs) and the industry to increase the current breeder base.

DA-Davao and its partner are also working on educating farmers on biosecurity measures to prevent ASF from entering their farm or spreading.

The bill seeks to strengthen the border control measures in Davao City by prohibiting the entry of meat from ASF infected countries and areas. It will also cover the online selling of meat products.

“We should take seriously the borders... If we eliminate the entry of this infected meat, then we have a better chance of addressing the issue of biosecurity,” So said.

Hogfadi is also pushing for selective culling to prevent the further shortage of hogs. This means that the hogs that will be culled are those that are positive with the ASF virus while those that yield a negative result will be allowed to be sold in the market.

So is also proposed that a laboratory to test hogs in Davao must also be established. At present, specimens are sent to General Santos City or in Cagayan de Oro City.

Despite the efforts in place, So said it is still a big challenge to stop ASF.

“Sa ASF I don’t think we are in control right now. Until such time we have a vaccine, it is a long shot,” So said. At present ASF vaccines have been reportedly developed in China, United Kingdom, and Vietnam.