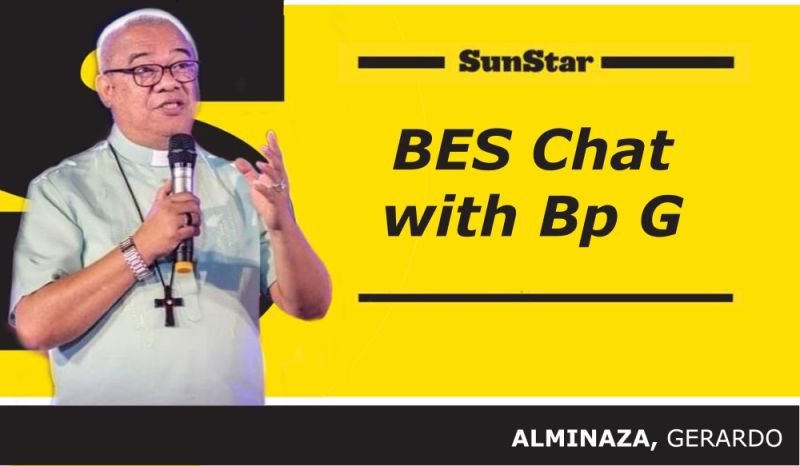 THERE were two things that we celebrated last Sunday: the resurrection of our Lord Jesus Christ, and the official opening of the 500th-anniversary celebration of the arrival of Christianity here in the Philippines with the opening of the Jubilee Door in our Cathedral.

Both were important events that shaped our life of faith as Catholics, as Filipinos, and as human beings. But that was not the only thing they had in common. They were also historical events that had resulted from a complicated, difficult past.

Christianity was brought to our shores by well-meaning missionaries of the Catholic faith. And while many good things have arisen from the evangelization of our ancestors, the painful reality of colonization and imperialism cannot be disregarded. While our nation has literally formed its united identity because of the influence of Christianity, it was also shaped and informed by the worldly interests of foreign powers. Many of the impacts of this reality are felt even today: the concentration of power among a few, rich families, widespread poverty and inequality, and many other social ills with which we are grappling even today.

In the same way, the resurrection of our Lord is borne from a history of suffering and injustice. The events leading up to our Lord's crucifixion are a sequence of lies, corruption, cowardice, and cruelty. It is almost an impossible task to ask people to celebrate the resurrection when so much evil in the hearts of men was revealed during the Passion.

It is almost impossible. Almost. Because like in all things, God makes all the difference. If we look at the Passion and Easter, as well as our Evangelization as a country, as mere results of acts done by men, then certainly we cannot celebrate them without forgetting or ignoring the suffering that resulted from them and the flawed humanity that is so ingrained in them. Fortunately, as Christians, we are called to focus not on the human element, but on Christ Himself. It is true that history is full of suffering and cruelty, but through our Lord's example, we can be certain and be hopeful that God can make good come out of the darkest of times.

There is perhaps a no better time to be reminded of the gift of Christianity given to the Filipino people and the gift of Salvation given to all mankind than in the middle of a pandemic. Because at the core of our belief is that the good that we do and the love that we have are not destroyed by death. Despite all the grim realities of life in this world, we are told that if we serve each other, if we put the needs of others before our own survival, then we can become someone more powerful than death. This means that instead of despairing over the unchangeable past, we are given the courage and hope to do good things and become more of what God has planned for us.

The Second Plenary Council of the Philippines (PCP-II), an assembly of hundreds of bishops, clergy, religious and lay delegates in 1991 in anticipation of the Great Jubilee Year 2000, yielded a collective statement that enjoined the Church to become a "Church of the Poor": a Church which rests its faith, not on material possessions and trusts in Christ alone as the source of salvation, which defends the rights of the poor at the risk of alienation from the rich and powerful, and which recognizes the poor to be equal in all others in Christian dignity. Our faith does not call us to renounce the ugliness and poverty of the human condition, but rather acknowledges it so we can be instruments of God's healing.

That is the hope which enables the Church to now call on us Christians to recognize that we are "Gifted to Give," the theme of the celebration of the 500 years of Christianity in our country. In the same way that an All-Powerful God looked at our poverty and suffering and responded with sacrifice and love, we are now being encouraged to look at the poverty and suffering of others and do the same. Whether it be the plight of the poorest people among our communities, the suffering of members of civil society and religious organizations being targeted and harassed, or the destruction and degradation of forests, mountains, and shores: we are called to be keepers of our brothers and sisters, stewards of the hope God has given the world.

In short, we are called to be the Good that comes out of the Bad. There is no assurance that the good that we do will not be informed or influenced by our past traumas, our history of suffering and selfishness, or our sinful nature. But as Jesus Himself showed us, He uses them anyway. It is not, after all, about our story. It is His story of love, sacrifice, and redemption. We just have the privilege - the gift - to be flawed but willing participants in it. Happy Easter!