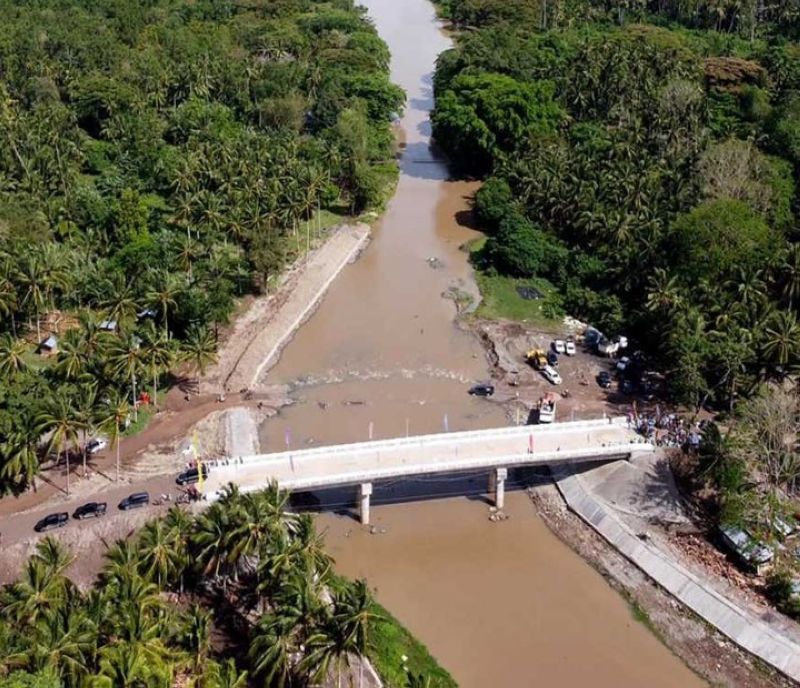 THE residents and tourists of the coastal town of Datu Blah Sinsuat, Maguindanao, now have easier access through land transportation.

Ebrahim said the completion of the bridge is expected to boost the economic activity of Datu Blah Sinsuat, given that the town is rich with aquatic resources and beautiful white beaches.

“This is the output of moral governance [...] there is no other success except na ma-achieve natin kung ano ang ating minimithi; mawala ang lahat ng anomaly, mawala ang lahat ng all forms of injustices against our people and against BARMM. This is only a part of what we want to achieve later on,” Ebrahim said.

“Our partnership with Mayor Datu Marshall Sinsuat and Vice Mayor Bai Raida Sinsuat has shown what we can achieve together if there is understanding and shared vision to improve the lives of our people,” he said.

Lawyer Naguib Sinarimbo, Barmm's minister of the interior and local government, said the bridge symbolizes the needed connection among communities “so that goods, services, and more importantly ideas can freely flow and interact so that we can push more rapidly development into this part of the province of Maguindanao.”

Ebrahim also led on April 3 the inauguration of the new legislative building and the groundbreaking ceremony for the construction of the two-story municipal hall of Datu Blah Sinsuat town. (SunStar Zamboanga)