Close contacts to be notified for swab test 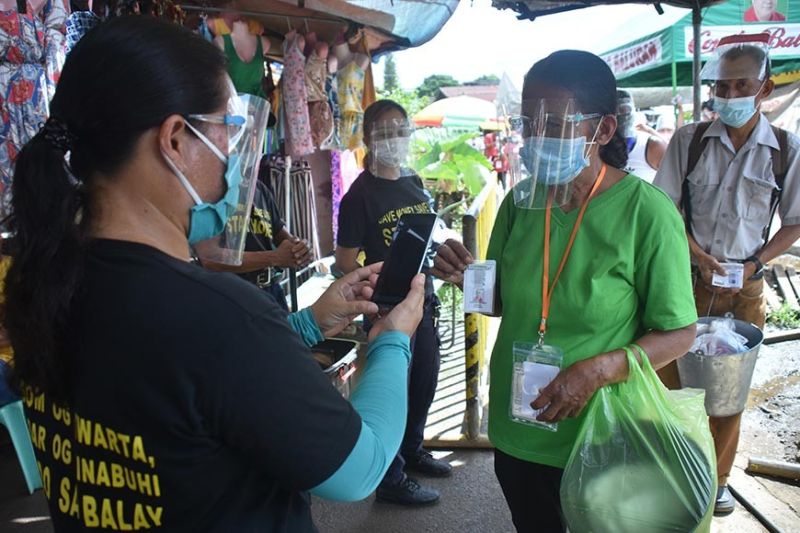 CLOSE contacts of Covid-19 patients will now be notified through the Safe Davao QR (DQR) push notification that they will be subjected to testing, Davao City Mayor Sara Duterte-Carpio said in a radio interview on Monday, March 5, 2021.

DQR is an electronic contact tracing and travel pass platform intended to be implemented for city and non-city residents traversing within the city.

Since its implementation, the system has already started automatically sending a "push notification" in January this year through a text message to individuals who were in close contact with a coronavirus-positive. This includes the time and place where he or she had close contact.

Duterte-Carpio said the city will now be expanding its testing to second and third-generation contact (F2, and F3, respectively).

This is in compliance with the recently issued EO 18, ordering for the "heightened surveillance and response" for Covid-19 cases in the city.

Previously, F2 and F3 contacts were not subjected for testing and are only advised to self-monitor and isolate. They will only be tested once the F1 or an individual who had a close contact with a Covid-19 confirmed positive patient will also test positive.

She reiterated to those who will be receiving the text message not to panic and read carefully the instructions, including the date and place where the receiver will be swabbed.

The text message will also include the reference, of which the recipient will present to the health center to notify whether they are an F2 or F3 contact, and the designated doctor who will monitor them.

The health response group is now closely coordinating with the contact tracing team in implementing this new scheme of case finding mechanism, the mayor said.

As of now, she said the city is strengthening the implementation of the proper usage of DQR.

"Para ma-maximize nato ang paggamit sa (This is to maximize our usage of the) DQR," the mayor said.

Aside from contact tracing, the city is also planning to utilize the DQR in the vaccination registration.

Meanwhile, the expansion of the contact tracing and swabbing is on top of the city’s intensified monitoring of its communities for those with influenza-like illness (ILI) symptoms.

The World Health Organization defined ILI as an acute respiratory infection with the following: a measured fever of more than or equal to 38 degrees, cough, and onset within the last 10 days.

Section 2 of the EO states that there will be an establishment of "ILI and swab corner" in all district health centers.

Individuals who have ILI symptoms must be immediately referred to district swab centers or swab sites if not yet available. Those who have close contact with ILI patients must be monitored for signs and symptoms of ILI or Covid-19.

Once they manifest signs and symptoms, they must immediately be swabbed.

The mayor said there is a need to recalibrate strategies to prevent and control Covid-19 transmission in the city due to the surge in cases in Metro Manila and other areas in the country and the emergence of new Covid-19 variants.