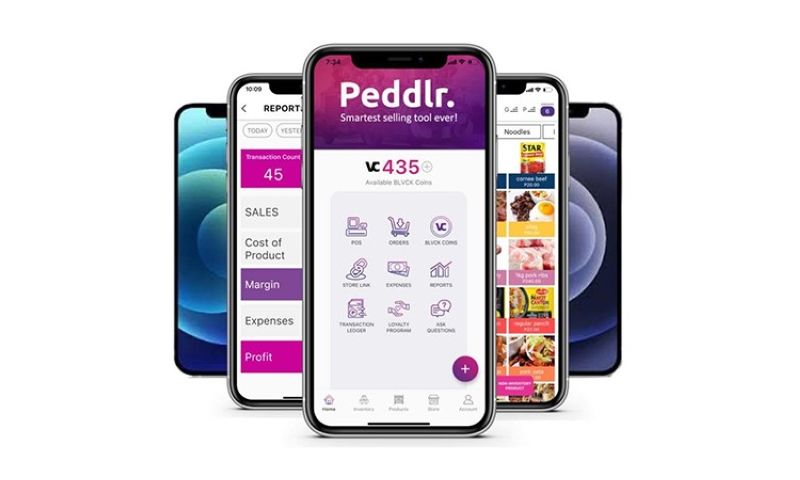 PEDDLR, a free-to-use mobile application developed by Eastern Visayas homegrown startup company, will soon become a smart tool for more than 6.9 million registered and unregistered small businesses in the Philippines for them to earn more and manage their operations better.

“Most of the businesses still use pen and paper in their businesses, which is not only time-consuming but also inefficient. With Peddlr, they will be at par with big businesses with their own POS Systems,” said Laygo.

“One of the challenges of businesses is recording their sales, inventory, and even compiling reports. We developed Peddlr, a mobile app to do all of that and more,” he added.

Peddlr Philippines Inc. has also developed the app to help around 50,000 small businessmen in Eastern Visayas “so they can generate easy-to-understand accounting reports and other data.”

“Normally a POS device costs around P30,000 to P90,000 which is the main reason why small and micro businesses have lower technology adoption rate. They can’t afford it,” said Laygo, who is a native of Catbalogan City.

“With the pandemic still ongoing, businesses are discovering going online and mobile, and we’re here to help them shift to this new tech. In fact, Peddlr is now top one in Google searches, in the Appstore and also in GooglePlay, so I think we’re on the right track,” he added.

Aiko Reyes, chief operating officer and co-founder, said their main goal is to jumpstart Philippine micro and small businesses to the digital world and put them at the heart of economic recovery for 2021 and beyond.

“We’ve all been aggressive on hearing user’s feedback from early beta testers and delivered constant updates to the app in around every 3 to 7 days. That’s why we’re so excited because in just seven weeks of roll out from app stores, we have more than 5,000 users,” she added.

The company has also eliminated complicated processes so that micro and small businesses can easily adjust to the app.

Meanwhile, Francis dela Cruz and Nelson Bathan Jr., both lead developers of Peddlr, maintained that the app is user-friendly.

“Peddlr has Bluetooth capabilities. Even without the traditional desktop with CPU, printer, and cashbox, with Peddlr, any business can print receipts, reports, and inventory database to a Bluetooth printer,” said dela Cruz.

Bathan added that they are focusing on the mobile app since most businesses have easier access to smartphones.

Peddlr, which works offline or even without data and internet connection, released its first android version in January 2021 and iOS version in February 2021.

To install the app, users can search “Peddlr” in the Apple Appstore and GooglePlay Store.

All users are also encouraged to join the “Peddlr User Community” Group on Facebook for further questions and technical support concerns. (SunStar Philippines)