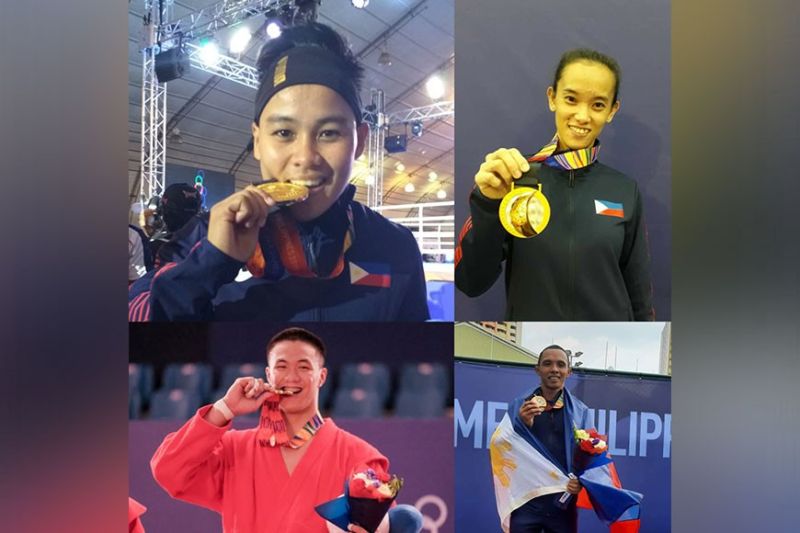 DABAWENYO medalists in the 30th Southeast Asian (SEA) Games 2019 thanked the City Government of Davao for acknowledging their efforts to bring honor not just for the city but also for the country by giving them cash incentives, amounting to a total of P335,000.

The city pegged a cash incentive of P30,000 for every individual gold medalist and P25,000 for team gold medalist. A silver medal is worth P20,000 while a bronze is equivalent to a P10,000 cash bonus.

Tokyo Olympics-bound Nesthy Alcayde Petecio, whose amateur boxing career began in Davao City, was elated by the news that her cash incentive of P30,000 for winning a gold medal in the 30th SEA Games women's featherweight division is ready for her to claim.

Chino, for his part, also said: "Maraming salamat po sa City Government for supporting the athletes po kahit ngayong pandemic, malaking tulong po kasi wala pang allowance for the national team po (Thank you very much to the city government of Davao for supporting the athletes even during the pandemic, this is really a great help for us since we still haven't receive our allowance from the national team)."

Sanchez said he could never thank the mayor and all Dabawenyos enough for their support in the past biennial Games. He said, “Dakong pasalamat nako sa government sa Davao sa incentive nga nadawat namo. Kini dakong tabang sa amoa isip mga atleta kay labina pandemic karon lisod mag sideline. Salamat, Mayor Sara Duterte (I'm super thankful to the city government of Davao for the incentives. This is a huge help for us athletes during the pandemic considering that it's difficult to have side jobs. Thank you, Mayor Sara Duterte).”