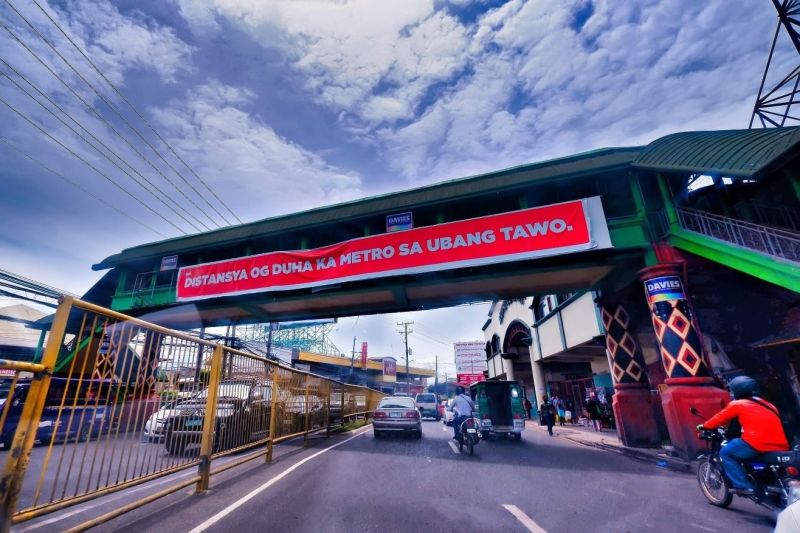 DUE to the continuing downtrend of Covid-19 active cases, the National Inter-Agency Task Force for the Management of Emerging Infectious Diseases (IATF) has classified Davao City as a "low risk" area.

“Last week, Davao City was classified as minimum risk. It is now at low risk. This is because we have a negative 8.74 two-week growth rate which is still low but our average daily attack rate reached 1, from .92 last week,” Lopez said.

Based on the LGU Risk Assessment Map as of April 3, Davao City has one barangay under critical risk, which is Barangay Sirawan in Toril.

Lopez said from two cases the barangay reported, last week it increased to nine cases the past one to two weeks.

Meanwhile, four barangays were classified as High-Risk, and these are Barangays 7-A, 19-B, 20-B, and Tigatto, and 15 other barangays have been classified as Moderate Risks: Barangays 9-A, 16-B, 34-D, 35-D, 38-D, Bago Gallera, Bucana, Catalunan Grande, Catalunan Pequeño, Gov. Vicente Duterte (Agdao), Indangan, Langub, Lubogan (Toril), Manambulan (Tugbok), and Talomo Proper.

Lopez said the City Government is working to keep the numbers low through the CHO's heightened surveillance and Covid-19 response. Under Executive Order 18, the city’s Covid-19 monitoring is facility-based, community-based, and offices and establishments-based.

“We have directed the barangay and district health offices to establish their surveillance units, including detection of symptomatic that are related to our influenza-like infections (ILI) and acute respiratory infections (ARI). They also do house-to-house surveillance,” he said.

Despite the continuous decrease of active cases, Davao City Mayor Sara Duterte-Carpio warned of a possible surge of cases due to the threat of the new variants, reportedly infecting the National Capital Region (NCR) plus areas.

The mayor cautioned Dabawenyos about their expectations.

Duterte-Carpio said they are not discounting the possibility of the entry of super-spreader coronavirus variants, such as the B.1.1.7 variant, which was discovered in the United Kingdom.

She said the downtrend of Covid-19 confirmed positive cases in Davao City recently should not be a cause for the public to be complacent.

Davao City currently has no recorded case of the highly contagious coronavirus strain B.1.1.7 since it reported its first case of the variant early this year.

The city’s first B.1.1.7 case was a 10-year-old boy who tested positive on January 18 and was asymptomatic. City health officials then said the boy’s family had no history of travel and had no known exposure or contact to a probable UK variant or a foreigner. (With reports from CIO)