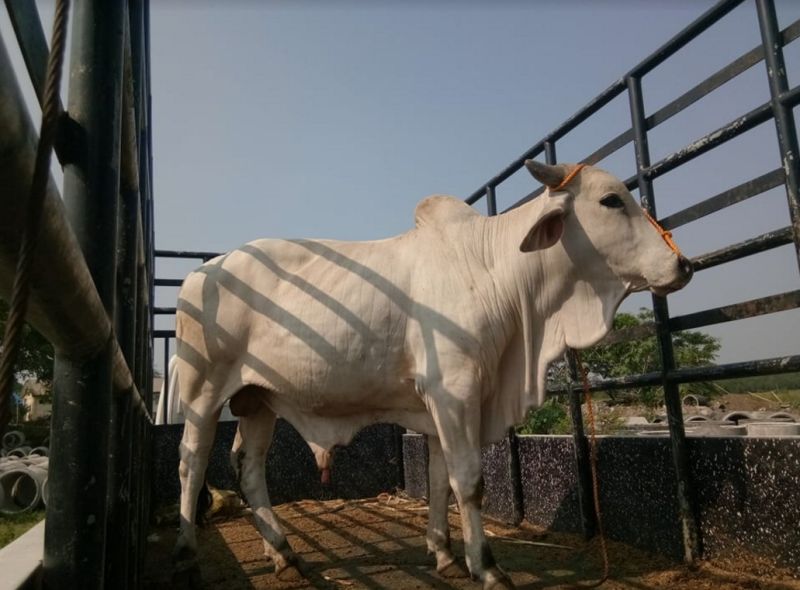 NEGROS. A pure Brahman junior bull under the bull loan program of the Provincial Government of Negros Occidental through the Provincial Veterinary Office. (Contributed Photo)

IN A bid to make Negros Occidental the center of cattle production in the Visayas, the Provincial Veterinary Office (PVO) is sustaining the efforts to provide financing services to cattle raisers in the province.

Provincial Veterinarian Renante Decena said they have been urging local raisers to avail themselves of the province’s bull loan under the Abanse Negrense Provincial Animal Genetic Improvement Program (Pagip) for cattle.

Pagip complements the animal livelihood and food security programs of the Provincial Government.

“The increase is attributed to natural breeding through the bull houses and Artificial Insemination (AI) Centers established by the provincial government,” he said, citing the support of the local government units (LGUs) and United Cattle Raisers Association in Negros Occidental and Visayas.

The provincial veterinarian recalled that they recently delivered a pure brahman junior bull to businessman Jerry Sy, who availed himself of and qualified under the bull Loan program of the province, for his cattle multiplier farm in Barangay Cansilayan in Murcia town.

The PVO said the ongoing program is open to all interested private cattle raisers in the province having an existing cattle herd of at least 10 cows.

Those who may not be able to qualify, they still have an option of getting their cattle bred artificially through AI using semen under the unified AI program of the Department of Agriculture (DA), it said.

Decena said the bull loan is one the province’s livestock production service that aims to improve and upgrade the genetic makeup of the local existing cattle breeds, increase the supply of beef to support the domestic and tourism demand of the province, and improve beef quality.

Decena said that along with other projects under Pagip, the PVO is encouraging Negrenses to engage in cattle raising through improved breeds.

“There’s a greater potential for production and profitability in cattle raising,” he said, adding that the province is also promoting value-adding and marketing of cattle meat as prime beef cuts to maximize profit of fattening cattle among raisers.