On the continued presence of Chinese ships at Julian Felipe Reef 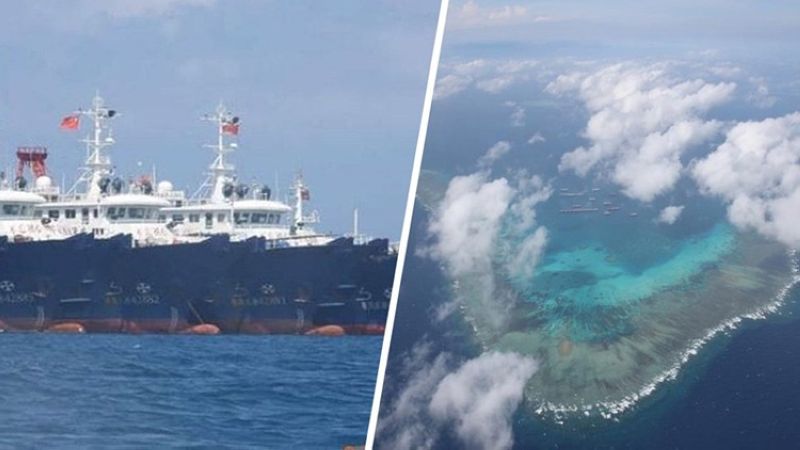 Read his statement below:

Filipinos should stand foursquare behind DND Secretary Delfin Lorenzana for making known his strong position in defending our country’s sovereign rights over the Whitsun Reef (Julian Felipe Reef) -- and before that, the Mischief Reef, occupied by the Chinese during the period 1994-1995 and the Scarborough Shoal, which China cordoned off in 2012. All these have legal basis under the United Nations Convention on the Law of the Sea and the existing arbitral ruling in our favor.

A sad reality is that while the ruling is permanent, it is unenforceable. The situation is made worse when our country’s leaders and foreign policy decision makers resort to acquiesce bordering on implied derogation of our sovereignty.

Even amid this pandemic, such “health crisis opportunism” being applied by China does not speak well of the assumed trust and goodwill between the two Asian allies. That said, our country is losing tens of billions of pesos a year in “stolen” aquatic resources, not to mention the wanton destruction of corals within our Exclusive Economic Zone that threatens our food security.

The fact that we are a militarily weak country that cannot match China’s military power should compel us to resort to establishing stronger alliances not only with other Asia-Pacific neighbors like Australia and Japan and the other Asean countries, but our long-standing western allies like the US and Europe.

Only through a clear message that the presence of “balance of power” in the West Philippine Sea can help us in this regard.