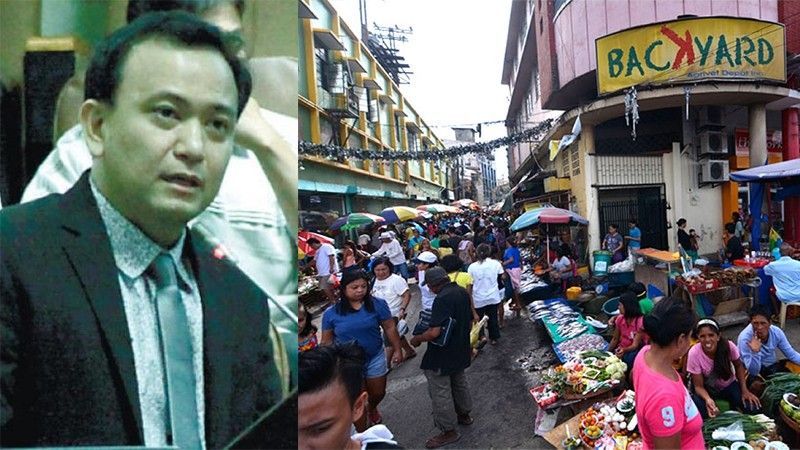 THE SITUATION. Last March 24, the Cebu City Council asked in a resolution for Megawide Construction Corp. to address the request of Cebu Historical and Cultural Commission (Chac) for its plan on the Carbon Market development and other concerns of the Sanggunian, topped by the issue of economic benefits to the City Government and plight of vendors and settlers that would be displaced by the project.

In effect, the City Council wanted the project deferred until the complaints aired at the session are resolved. That includes Megawide's annual payments to the city, whether all vendors would have stalls at the new market, and where sitio Bato occupants would be relocated.

Going against the sought review is that the joint venture agreement (JVA) between Cebu City and Megawide is a done deal. The JVA was already signed last January 11, the City Council authorized the signing three or four days earlier, and on the same day, March 24, it pushed for renegotiation, the groundbreaking ceremony was held.

ARGUMENTS VS COUNCIL MOVE. The City Council supported its move for contract review on a raft of reasons ranging from the historical and cultural aspect (the Chac angle), to economic terms allegedly disadvantageous to the city (the money component), to collateral issues affecting vendors and land settlers. That, along with the recurring criticism that the councilors didn't read the 75-page JVA before approving it.

But look. Arguments against the Sanggunian action are just raised, surprisingly by a high-ranked leader of the City Council that voted en masse for a JVA review. In a letter to SunStar Explainer Tuesday, April 6, Majority Floorleader Raymond Garcia said:

[1] The City Council had "ample time and several opportunities" to review the joint venture agreement, and

If Megawide would resist the City Council move, it could use Councilor Garcia's arguments, at least on the principal issue of whether the City Government is getting unfairly treated, in the Carbon Market deal and was not given enough time to study the terms. They are just two of the concerns that prompt the City Council review but they are the biggies.

FIRST ABOUT MONEY. Repeatedly raised in the March 24 Sanggunian session was the claim that Cebu City would get less from Megawide for the five market outlets (Units 1 to 3, Warwick Barracks and Freedom Park) than the annual income from Carbon. Louder advocate of the idea that the City Government would be getting only pittance ("pipityogin," "sinsiyo") was Councilor Eugenio Gabuya Jr. of BOPK.

Apparently, he and other City Council members didn't have the facts that Councilor Garcia just disclosed:

[1] The P106-million annual income, which critics of the JVA kept pointing out, doesn't just come from Carbon's five outlets but includes five other city markets (Taboan, F. Ramos, Pardo, T. Padilla and Pasil fish depot) and amount is aggregate gross income from all the city-owned markets. The total net income, after operating expenses, is only P40 million to P50 million, with the Carbon producing only 40 percent of it.

[2] Aside from the guaranteed annual payment (in increasing amounts starting with less than P50 million until P100 million in the first five years), there are real property taxes, local business taxes and other fees estimated at P20 million to P50 million plus "economic benefits, capital expenditures, operating expenses on local employment, tourism boost" and others.

PUBLIC CONSULTATION. On the City Council having plenty of time to review the JVA, Councilor Garcia said the Joint Venture Selection Committee (JVSC) endorsed the draft agreement to the legislature on December 11, 2020, which approved it last January 6, three weeks or "some 26 days" before.

How about public hearing and consultation? City Ordinance #2154, which governs procedure for joint venture agreements, does not require a public hearing. Yet the Megawide offer was explained to the Sanggunian, "at least three times" before it approved the JVA.

JVSC presented the JVA draft to the City Council on December 11, 2020, almost one month before it authorized the mayor to sign it. At a December 17, 2020 meeting of the Sanggunian ad hoc committee -- to which all the councilors, the vendors and Megawide were invited -- only Minority Floorleader Noel Archival represented the opposition BOPK.

PROBLEMS IN RENEGOTIATING. All that tends to create a scenario that may baffle City Hall watchers. The Sanggunian decision to renegotiate, contained in a bipartisan resolution approved en masse, tends to contradict its own approval of the executive department's JVSC draft and recommendations and the grant of authority for Mayor Labella to sign the contract.

The City Council erred and is now trying to "cure" the JVA to make up for its shortcoming. Apparently though, it is virtually at the mercy of Megawide, which can insist on the conditions as spelled out in the signed and notarized document.

The Sanggunian also cannot be expected to renegotiate effectively for better terms when its majority, represented by the majority floorleader, is convinced the City Government is not being shortchanged by the contract.

WEAK POSITION. The City Council wants to talk things over with Megawide, obviously from a feeble position since the JVA is already signed with the prior approval of the local legislature.

Vice Mayor Mike Rama, Sanggunian presiding officer, knew that. When pressed by Councilor Joy Young how it could push their demand for a contract review, Rama implied they could use legislative influence over matters needing City Council action, such as the Chac requirement and amendments of the Market Code.

Megawide, through its representatives, appeared amenable to the "curative" task ahead. Rama said Megawide officials are "reasonable people," although it is doubtful if it would bend contract JVA terms that it considers essential for its own profit margin.