Sinovac vaccine recommended for use in senior citizens 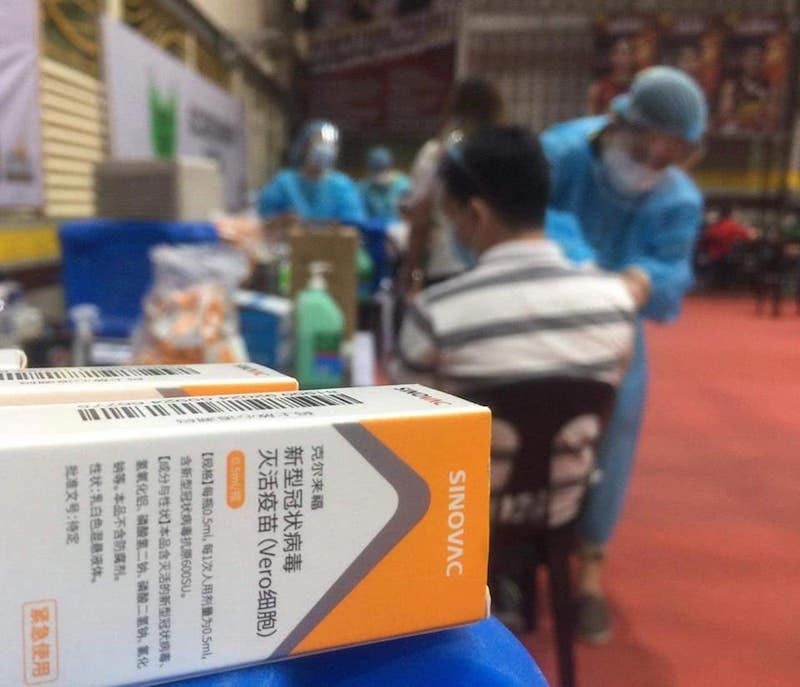 MALACAÑANG confirmed Wednesday, April 7, 2021, that the Vaccine Expert Panel (VEP) has approved the recommendation to administer the Sinovac vaccine against coronavirus disease 2019 (Covid-19) to adults aged 60 years old and above.

“We confirm that the Vaccine Expert Panel (VEP) has recommended the use of Sinovac vaccine for the elderly/senior citizens,” Presidential Spokesperson Harry Roque announced Wednesday.

“The VEP thoroughly discussed the matter amid the current vaccine supply in the country and we hope that this would respond / address the present demand of vaccines,” he added.

The Food and Drug Administration (FDA) earlier granted emergency use authorization (EUA) for the Sinovac vaccine called CoronaVac, but specified that it should be administered only to adults 18 to 59 years old.

Sinovac Life Sciences, which developed the vaccines, is still conducting clinical trials on the use of the vaccine in older adults.

Interim data published on The Lancet from Phase 1 and 2 clinical trials showed that CoronaVac is “safe and well-tolerated” among healthy senior citizens.

Most adverse reactions were mild and transient, similar to those reported among the 18 to 59 age group.

The Lancet article, however, said that “further studies are required to assess the efficacy of CoronaVac in various populations, including older people with chronic underlying diseases, and with ethnic and geographical diversity.”

The Philippines has received a total of 2.0 million doses of CoronaVac, one million of which were donated by China and the other one million procured by the government.

The Philippines has also received 525,600 doses of the AstraZeneca vaccine that were donated through the Covax facility.

Vaccinations have proceeded at a slow pace, however, From March 1 to April 5, however, only about a third of these vaccines have been administered.

The government is ramping up vaccinations by including senior citizens and persons with comorbidities among those eligible to receive the vaccine aside from the medical frontliners. (Marites Villamor-Ilano / SunStar Philippines)