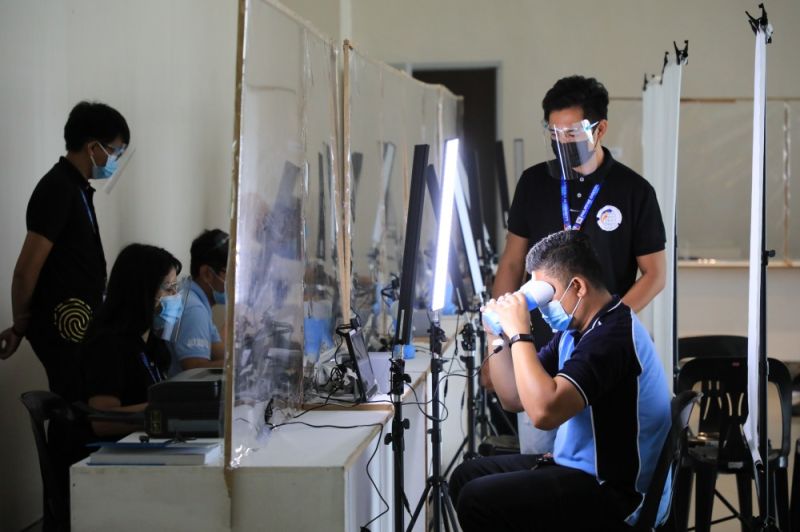 REGISTRATION FOR NATIONAL ID SYSTEM. The City Government of San Fernando, through the City Civil Registry Office, puts up a registration center at Vista Mall as the Philippine Statistics Authority officially started the second step or the registration proper of the Philippine Identification System (PhilSys) rollout on April 6, 2021. (City of San Fernando Information Office)

THE City Government of San Fernando, in collaboration with the Philippine Statistics Authority (PSA), officially started step two or the “registration proper” of the Philippine Identification System (PhilSys) rollout on April 6, 2021.

After launching its pre-registration for PhilSys ID Card on October 12, the City Civil Registry Office mounted a registration center at Vista Mall anew for the second step or the registration proper.

The registration involves the validation and biometric capture of the registrants’ fingerprints, iris scan, and photographs.

City Civil Registrar Rimando Umali said they are targeting to complete the registration of about 78,000 pre-registered Fernandinos so that by the end of the year they could start another batch for mass pre-registration.

The local government unit will be putting up another registration center at Robinsons Starmills Pampanga to cater to more Fernandinos. The centers will be open from Monday to Friday, 8 a.m. to 6 p.m.

After step two registration, PSA will forward the data to the central database of the Bangko Sentral ng Pilipinas, which is responsible for the printing of ID cards. IDs will be delivered by a courier service to the residences of the registrants.

PSA is aiming to register at least 1.5 million Pampanga residents before the year ends.

The national ID, which contains the holder’s personal information and biometric data, aims to simplify public and private transactions and to make social services more accessible to Filipinos. (PR)