Covid-19 non-believers refuse to get tested 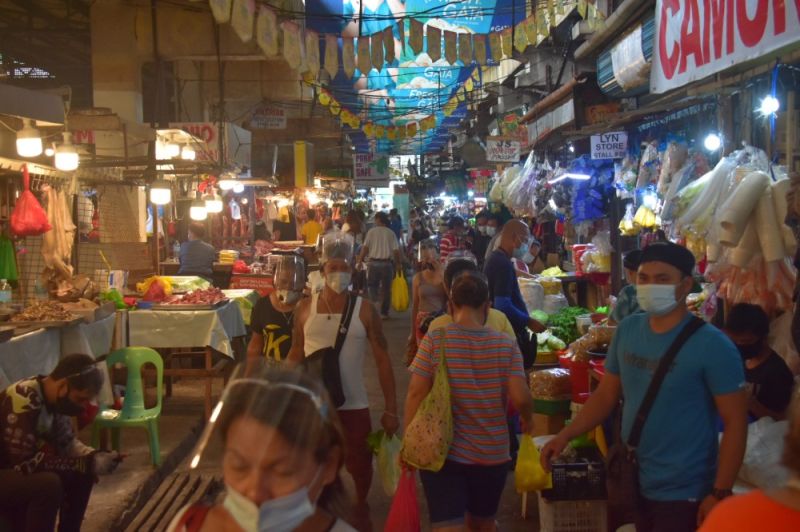 A SIGNIFICANT number of Dabawenyos in Bankerohan Public Market and Magallanes refused to be swabbed because they either do not believe in Covid-19, or they are afraid the swab test would hurt, a Davao City Health official said.

With the campaign of heightened surveillance in Davao City through community RT-PCR, the Davao City Health Office (CHO) has already started testing market vendors in Agdao Public Market, where nine vendors tested positive. All nine of them were asymptomatic during the time of testing and have already been put under quarantine.

Last week, 300 vendors were swabbed from Agdao Public Market and another 168 from the same market were tested on Monday, April 5.

The total number of swabbed individuals from Agdao Public Market is now at 468.

Despite the high number of people swabbed, Lopez said the refusal of others to be tested remains to be a problem.

“Ubay-ubay man pud ang nag-participate ug nagpa-swab test no but there is also a significant number of people who refused. Mao pud ni ang isa ka problem or concern na among gi-address during our meeting yesterday...Ang uban, dili mutuo ang uban mahadlok kay ang swabbing sakit daw (There are many people who participated in the swab test but there is also a significant number of those who refused. That’s one problem we are trying to address during our meeting yesterday. Others’ reason is that they don’t believe in Covid while the others are scared the swabbing would hurt),” said Lopez.

Lopez said this can be attributed to the hearsays and disinformation from neighbors and friends that many immediately believe in.

Mayor Sara Duterte-Carpio said on Monday, via DCDR interview, that the community RT-PCR the City Government is conducting will be voluntary and individuals may or may not choose to participate.

From the 934 individuals tested last Monday, 138 came from the Sta. Ana Police Station, 379 from Barangay 2-A, 249 from Barangay 5-A, and the 168 additional market vendors of Agdao Public Market.

The results of these tests came out on the daily monitoring of Covid-19 data for Wednesday, April 7.

Meanwhile, Lopez reiterated that Dabawenyos should not be complacent that the positive cases in Davao City are not undergoing a surge.

He said based on last year’s experience, case surges really started in Manila, followed by Cebu, and that by October 2020, Davao City experienced its own surge.

As of April 6, there are 297 active cases in Davao City -- all of them admitted in Temporary Treatment and Monitoring Facilities and hospitals.