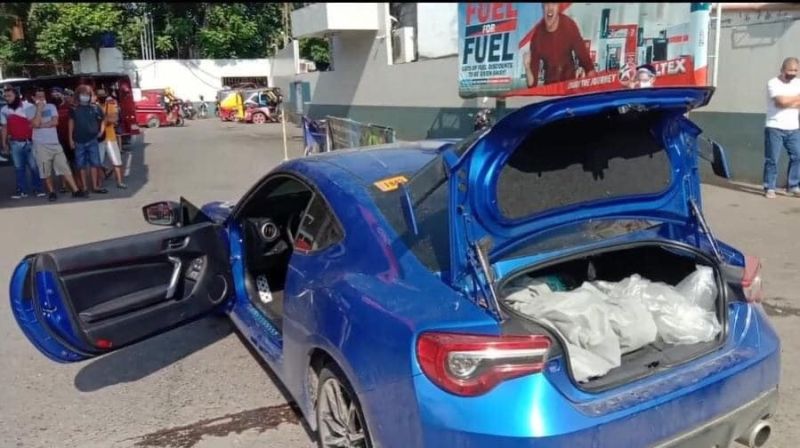 A MAN claiming to be an area manager of an undisclosed company or office is now in the custody of the Toril Police Station after leaving his luxury car near the area.

In the morning of April 7, 2021, the suspect was arrested and is being investigated after the car he left was found to have contained plenty of dried marijuana leaves.

It was learned that the suspect immediately left his car upon knowing that personnel of the Task Force Davao were conducting strict inspection at the Sirawan checkpoint in Toril, Davao City.

Taken from his car were various identification cards (IDs) bearing the name of Zyrone Rois Manansala.

Aside from the dried marijuana leaves and IDs, also recovered was a list allegedly containing the names of the recipients of the illegal substance.

Police are still investigating the incident.