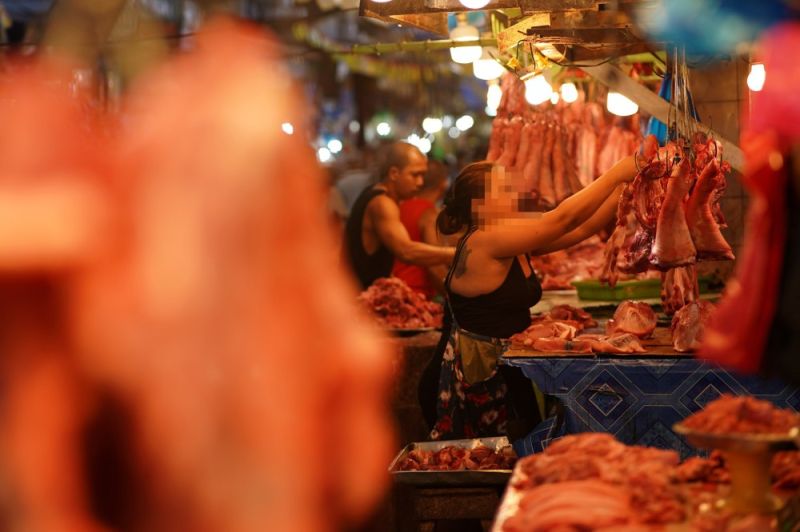 SELLING or entry of imported or local pork and its by-products from African Swine Fever (ASF)-affected areas within Davao City will now be strictly prohibited after the 19th City Council passed the ordinance on third and final reading.

The ordinance, "Prohibition on Selling or Entry of Imported or Local Pork and Its By-Products From African Swine Fever (ASF) Affected Areas Within the Territorial Jurisdiction of Davao City," was passed on Tuesday, April 6, 2021.

Ordinance proponent Councilor Ralph Abella, of the committee on agriculture and food, said the ordinance will "apply to all persons, one person corporations (OPCs), partnerships, ventures, corporations, cooperatives and associations engaged in raising, buying, trading, transporting domestic and imported animals and selling for personal and commercial use."

The ordinance prohibits the selling, transporting, offering or receiving for sale, distribution and storing of imported pork, its by-products, carcasses and boar semen originating from ASF affected areas which are included in the list provided by the Department of Agriculture-Bureau of Animal Industry (DA-BAI) within the territorial jurisdiction of Davao City without the necessary permits and clearances from the appropriate government agencies.

Display of pork and its by-products, among others, through an exhibition sale in any place, open market or private yard sale or the sale of carcasses and boar semen in any of the said places originating from ASF-affected areas without the necessary permits and clearances is also prohibited.

Also, selling and refrigeration of seized or confiscated pork, its by-products, carcasses and boar semen originating from ASF-infected areas is not allowed.

The ordinance also provided provision on swill or lamaw-feeding.

Abella said feeding lamaw is not strictly prohibited but measures must be practiced, such as strict biosecurity and good animal husbandry practices in respective farms, and that it must be treated with proper heating or preparation method under "2019 OIE terrestrial Animal Health Code" such as temperature at least 90°C for at least 60 minutes and continuous stirring. Swills should also be properly disposed.

Violators of the ordinance will be penalized with P3,000 for first offense, P4,000 for second offense, and a fine of P5,000, revocation or cancellation of business permit and seizure or impounding of vehicle used for transportation and operation for third offense. In addition, an imprisonment of not less than six months shall be imposed.

The ordinance also states that the Office of the City Mayor is authorized to issue a “Cease and Desist Order” to any person, firm, or corporation violating its provision after proper notice and hearing.

The City Veterinarian's Office (CVO) will conduct examination and, when necessary, laboratory analysis of imported and local pork and its by-products brought from outside Davao City after the products are approved for release by the National Veterinary Quarantine Service at the ports or place of entry.

Inspectors can seize, recall, confiscate, condemn or dispose by destruction or re-export the mentioned products at the expense of the importer, Section 6 of the ordinance reads.

The ordinance will be effective until the lifting of the ban by the local chief executive or by legislative action with the recommendation of CVO or by higher authorities, Department of Agriculture or when the ASF disease has been completely eradicated.

A total of 41,831 hogs were already culled in Davao Region as a mitigating measure to curb the spread of the animal virus, according to the DA from January 2020 to February 5, 2021.

Hog Farmers Association of Davao Inc. (Hogfadi) president Eduardo So, who was present during the committee hearing of the proposed ordinance, lauded its passage.

So said they had been lobbying this measure to the city government since the ASF case hit the region after the DA “failed” to address the problem in border control.

“It should have been done on the national level, pero kung mag-sige lang ta og tinulakay sa (but if we keep on relying on the) national, they will not give us priority. So we better do it at the local government level,” he said.

So said the region has a weak biosurveillance control, resulting in the ASF outbreak that saw the killings of thousands of hugs, and affecting the pork supply in the market.

He added that hog raisers cannot repopulate hogs if imported pork products from ASF-infected countries, such as canned goods, can sneak into the city and be sold in supermarkets.

“How can we repopulate the entire hog industry if we have weak biosecurity or border control? There is no way but this,” So said.

The Hogfadi president said they hope that neighboring provinces in Davao Region and the entire Mindanao would also enact and implement similar measures to address the alarming situation in the hog industry.