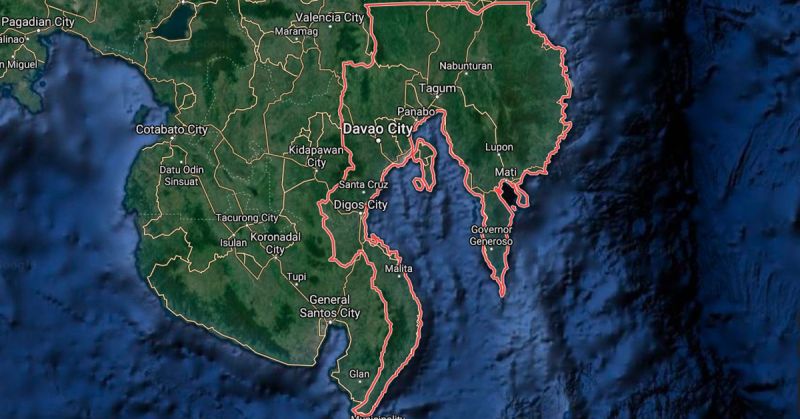 THE Department of Health (DOH)-Davao Region attributed mass gatherings as the reason for the continued increase in the number of coronavirus disease (Covid-19) in Davao del Norte, Davao de Oro, and Davao Oriental.

Based on the previous DOH-Davao Covid-19 bulletin, Davao del Norte has surpassed Davao City as the local government unit with the most number of active cases.

A significant increase of Covid-19 cases has also been observed in Davao de Oro and Davao Oriental.

DOH-Davao contact tracing team leader Dr. Raquel Montejo said in a virtual presser on Wednesday, April 7, 2021 that based on the reported cases in these areas, majority of the patients had a history of mass gathering exposure.

"We found out that majority of these cases ngano naay (as to why there is) transmission in these areas is because naay nagapanghitabo nga (there are) gatherings," Montejo said during the One Davao on Covid-19 virtual presser.

Most cases of gatherings that resulted in widespread transmission happened within households and the community, she said.

She said these gatherings include weddings, baptisms, burial, and other events with large numbers of crowds. House-to-house visits were also linked to the continuous surge of cases.

Montejo said the Provincial Health Office of Davao del Norte confirmed that this is the main factor of the continuous increase of cases in the province.

She said they already recommended strengthening their enforcement of minimum health protocols and policies to curb the transmission.

She added that the province should strictly monitor and regulate mass gatherings as these are vulnerable to the transmission of the virus.

"We are reminding the public that pag naa gani (whenever there are) gathering[s], we expect nga naa gyud na siya'y (there will be an) increase number of cases or possible naa gyud mag-positive (there will be someone who is confirmed positive)," Montejo said.

Montejo also said they reported clustering of cases in government and private offices, establishments, and even in hospitals.

Meanwhile, she said the Covid-19 situation in the region continues to improve.

Compared to the National Capital Region that continues to experience a daily positive rate of 20 percent, Davao Region's positivity rate is at an average of five percent.

The daily positivity rate is a percentage of people who test positive for the virus against the overall number of persons who have been tested.

According to the World Health Organization, the Covid-19 situation in the area is considered manageable if the daily positivity rate will be consistently at five percent or below.

She said they are hoping for the continuous decrease of cases in the coming weeks while maintaining the prevent-and-detect strategy.

Montejo said, however, that the public should maintain observance of health protocols despite the continuous downtrend of cases.