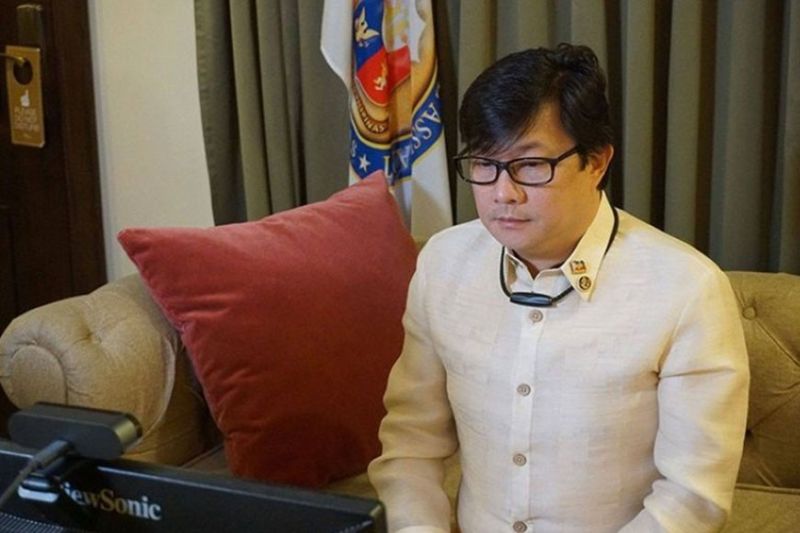 PRESIDENTIAL Assistant for the Visayas Michael Dino said he will write a letter to the Department of Health (DOH) central office and the Office of the President seeking to correct a pubmat that tagged the P.3 variant of Sars-CoV-2 as Central Visayas variant.

The pubmat, which was posted on social media and shared to reporters on Wednesday, April 7, 2021, contained the logo of the Presidential Communications Operations Office (PCOO) and the hashtags #workingPCOO and #LagingHandaPH, among others.

As of Wednesday evening, however, it could no longer be found on the PCOO’s Facebook page.

P.3 is a Sars-CoV-2 variant under investigation that causes coronavirus disease 2019 (Covid-19). It was first detected by the University of the Philippines - Philippine Genome Center (PGC) on Feb. 4 in samples that mostly came from Central Visayas.

Neither the DOH central office nor the PGC has tagged it as Central Visayas variant.

Dr. Mary Jean Loreche, DOH Central Visayas (DOH 7) spokesperson, said in an interview that it is unfair to name P.3 after Central Visayas. She said other variants carry the name of the country where it was first detected.

She was worried that calling the P.3 as the Central Visayas variant would prompt other countries to impose travel restrictions on the region.

She said Covid-19 cases in the region are “well-managed and controlled.”

Cebu Gov. Gwendolyn Garcia said she believed that this was a mistake that should be rectified.

“I would caution those that have taken it upon themselves to call this variant of concern as a Central Visayas variant unless they really believe that Central Visayas or Cebu for that matter is already another country,” said Garcia.

“It is unfair and reckless,” she added.

She noted that medical workers from Cebu were sent to augment the medical workforce in the National Capital Region plus (NCR+) because Central Visayas is part of the Philippines.

Dino, for his part, said it is not true that the variant came from the Visayas.

“Central Visayas variant? Where can they find that? They have to thank us that we detected these mutations by continuously testing. It appeared that the mutations came from the Visayas, which is not true. Am I right, Dr. Jean?” said Dino.

A DOH statement confirming the new mutations on Feb. 18 said these were found in samples from Central Visayas.

In its March 13 bulletin, the PGC said the collection dates of the samples coincided with a sharp increase in infections in Central Visayas.

DOH Undersecretary Maria Rosario Vergeire has clarified that the P.3 is still a variant under investigation, not a variant of concern, as studies are still being conducted on its transmissibility, severity of the disease that it causes, and its impact on vaccine efficacy.

“I think you have already seen that lives are a little bit better because the livelihoods have returned. Maningkamot ta gihapon and still comply with the minimum health protocols and while we continue to enjoy (and encourage) each Cebuano to take care of themselves,” said Garcia. (KFD)