Alex Eala advances to third round of W60 Bellinzona 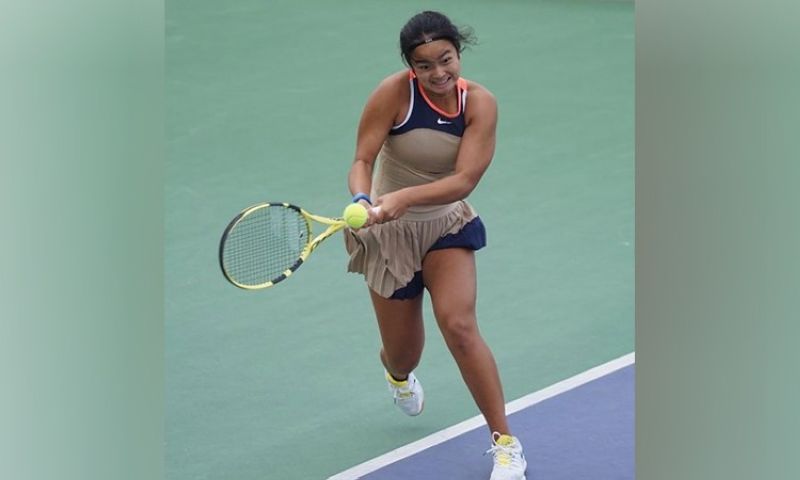 SWITZERLAND. Alex Eala reasserted her mastery over Laura-Ioana Paar to advance to the next round of the W60 Bellinzona tournament in Switzerland. (RNA Instagram page)

FILIPINA tennis sensation Alex Eala is off to the third round of the International Tennis Federation W60 Bellinzona after she beat Romanian rival and the tournament’s 12th seed, Laura-Ioana Paar, 6-7, 6-1, 6-0, on Thursday, April 8, in Switzerland.

The 15-year-old narrowly lost the first set to the world no. 206 who won the tiebreaker, 8-6. Fortunately, Eala found her second wind and came back with a vengeance in the second set where she broke Paar’s serve several times to come away with a 6-1 win.

The third set was all Eala as the world no. 715 on the Women’s Tennis Association singles rankings swept Paar, denying her from getting a single game, to capture the third set and the win. The victory was reminiscent of Eala’s conquest of Paar in the first round of the W25 Grenoble that was held back in February in France.

The Filipina will now head to the third round where another familiar face awaits. She will be facing off against the hometown bet, Simona Waltert, who she has already faced twice this year. She won over Waltert, 6-1, 6-4, in the W25 Manacor in the first week of March but the latter gained vengeance a week later, ousting Eala in the first round of the W15 Manacor, 6-4, 2-6, 7-5. (JNP)