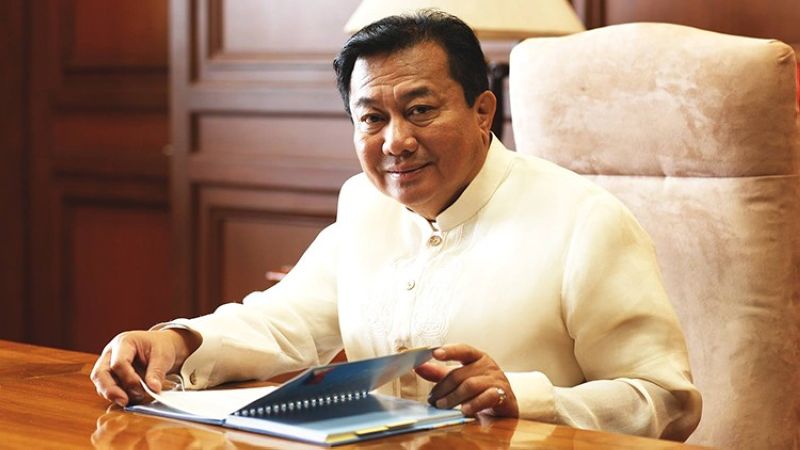 The news was first confirmed by his daughter, Department of Finance (DOF) Assistant Secretary Paola Alvarez in a report from PTV on Thursday morning, April 8.

"Speaker Alvarez did test positive for the virus but he is not in any serious health condition. He is still in Davao del Norte and is recovering at home. Thank you for your concern and for everyone's prayers," the younger Alvarez said.

She dispelled rumors that her father is currently intubated.

Alvarez's camp, in the afternoon, also debunked rumors on the lawmaker's condition.

They said Alvarez was infected with the virus, "which required him to seek medical attention particularly given his age and other factors."

Alvarez has been discharged from a government hospital in Tagum City and is currently recovering with a positive prognosis from his doctors. He has, since last week, while still isolated, began attending to office work by coordinating and communicating with his staff.

According to them, the congressman "politely declined" the offer to be granted special access to vaccines before the rollout of the government inoculation program despite having "proposals."

They said Alvarez is still firm that frontliners, particularly healthcare workers, should be the priority.