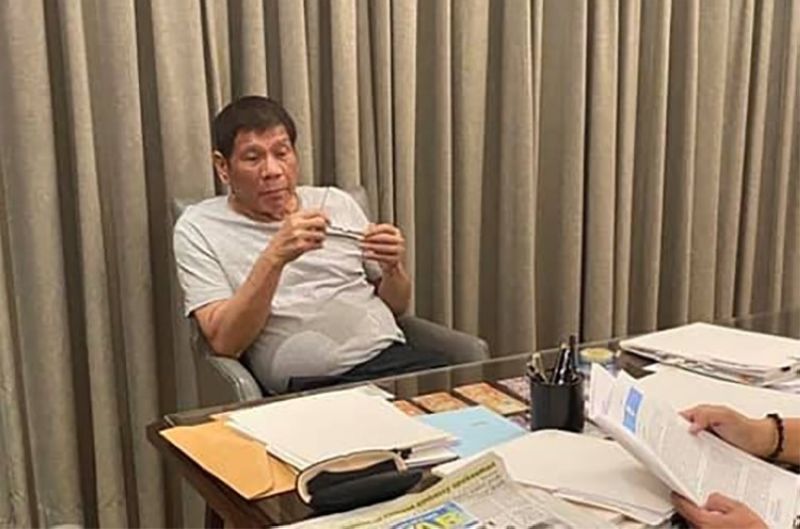 MALACAÑANG on Thursday, April 8, 2021, denied rumors that President Rodrigo Duterte is sick, saying he remains fit and healthy, and is performing his duties and responsibilities.

“President Rodrigo Duterte remains fit and healthy for his age and we thank the Filipino people for voicing their concern and wishing the Chief Executive's strength and good health during the Covid-19 pandemic,” Presidential Spokesperson Harry Roque said in a televised press briefing.

"He continues to discharge his functions as head of the government,” he added.

In a Facebook post on Wednesday evening, April 7, Duterte’s long-time aide Senator Christopher Go posted photos of him and the President.

He dispelled rumors that the President had suffered from a mild heart attack.

Speculations about Duterte’s health worsened after his daughter Davao City Mayor Sara Duterte-Carpio confirmed her trip to Singapore for “personal health management” and at least 45 personnel of the Presidential Security Group (PSG) tested positive for the virus that causes Covid-19. (SunStar Philippines)