MANILA. Some of the healthcare workers from the regions who will augment the medical workforce in Metro Manila arrive in the capital on April 7, 2021. (Contributed/DOH) 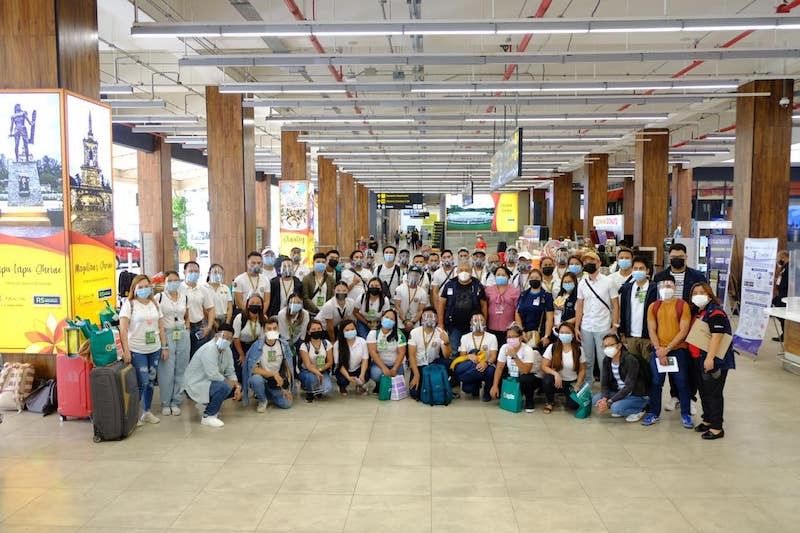 A TOTAL of 136 doctors and nurses from the regions have been assigned to 10 hospitals in the National Capital Region (NCR) to augment the medical workforce attending to the increasing number of coronavirus disease 2019 (Covid-19) patients.

The Department of Health (DOH) said the first batch of medical workers consisted of 42 doctors and nurses from Ilocos, Calabarzon and Bicol regions.

Under this program, the healthcare workers are entitled to RT-PCR testing prior, during and after their deployment.

They will also receive a per diem, work transportation expenses, accommodation and meals, among others, on top of their salaries and other emoluments from their mother offices.

The hospitals that will get additional healthcare workers include seven DOH hospitals, two specialty hospitals and one regional hospital.

“The DOH and the Metro Manila Center for Health Development (MM-CHD) express their sincerest gratitude and appreciation to the hospitals, regional CHDs, and especially to healthcare workers for heeding the call to join the NCR frontline and supporting its response,” the DOH stated.

The additional workers were deployed amid reports of hospitals being overwhelmed by the surge in Covid-19 cases in the capital region and neighboring provinces of Bulacan, Cavite, Laguna and Rizal.

Aside from deployment of doctors and nurses, the DOH is also working on increasing the bed capacity of its hospitals.

On April 7, the DOH and the Department of Public Works and Highways (DPWH) opened a 110-bed offsite modular hospital extension of the Jose R. Reyes Memorial Medical Center (JRRMMC) at the Quezon Institute.

The facility also has dormitories with kitchen, pantry and laundry room, which can accommodate 64 healthcare workers.

“Due to alternating work schedules, these dormitories will protect on-duty health workers from further exposure and prevent them from bringing home the virus to their families and loved ones,” DOH said in a separate statement.

The NCR accounts for the bulk of new Covid-19 cases in the country. In the last 14 days to April 7, the DOH reported 66,676 new cases in the capital region.

These are thrice the 22,150 cases in Calabarzon, which has a bigger population than the NCR.

Other regions with a high number of cases for the period are Central Luzon with 12,266, Cagayan Valley with 5,748 and Cordillera with 3,643. (Marites Villamor-Ilano / SunStar Philippines)