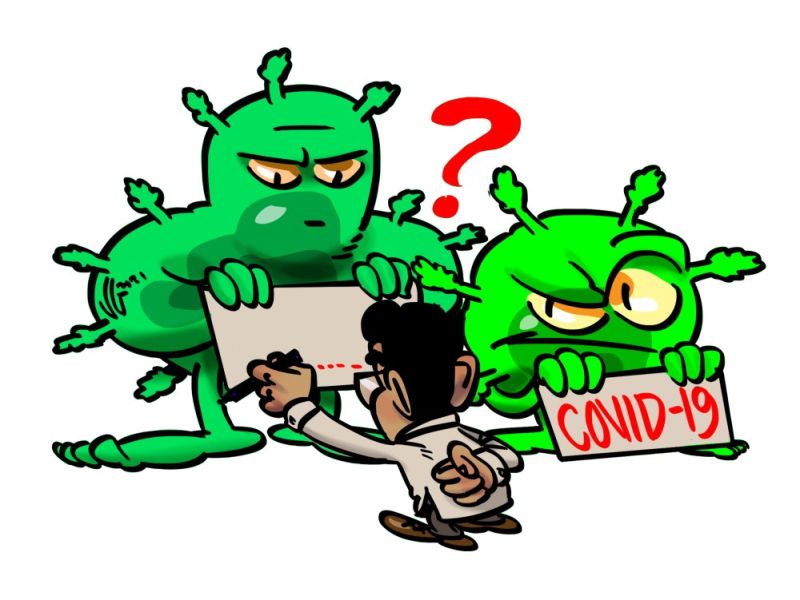 DEPARTMENT of Health (DOH) 7 spokesperson Dr. Mary Jean Loreche and other Cebu officials cried foul over the naming of the P.3 variant as the Central Visayas variant in a publication material with an infographic that carried the logos of the Presidential Communications Operations Office (PCOO) and the hashtags #workingPCOO and #LagingHandaPH, among others.

“The most amazing thing here is this—they made it Central Visayas variant when, in fact, if you look at these variants of concern worlwide, when the UK variant came out in the open because they notice these rising cases in Kent, London, they never named it as a Kent of London variant. It bore the name of UK. The same for South African variant. Same for the Brazilian lineage. So why would they specifically target us just because 68 of this P.3 are coming from Central Visayas?” said Loreche. The University of the Philippines (UP) Philippine Genome Center (PGC) should have at least informed beforehand the DOH 7 before christening the P.3 the Visayas variant.

Earlier, however, UK’s media and scientific communities colloquially named the UK variant as the “Kent variant,” while calling it the “UK variant” for a global audience.

Meanwhile, Presidential Assistant for the Visayas Michael Dino said he will write the concerned agencies to correct pubmats tagging the P.3 variant as the Central Visayas variant.

To recall, the coronavirus was earlier called the Wuhan Virus until the World Health Organization (WHO) director-general Dr. Tedros Adhanom Ghebreyesus announced the official name of “Covid-19” in February last year. That was supposedly to spare the people of Wuhan, China from stigmatization.

This was last year, and nobody wanted to imagine the virus, which strangely jumped from animals to humans, could mutate. The very thought of the cross-infection was terrifying enough; possible mutations in the future should be set aside. But, yes, viruses by their very nature mutate, although not all of them in portentous forms.

That is why it is second nature among research laboratories all over the world to closely monitor the multitude of shifts in the virus forms. The more one looks, the more one sees increasing variations of genomic sequences. Why is it necessary for research to keep up with the race? Because mutations mean changes in the nature of transmissibility and severity. The shifts will have an impact on diagnostics, therapy and vaccination.

Our officials react to the P.3 variant’s nomenclature. Well and good, as this will at least help spare the region from community stigma, especially as we stagger through an ailing economy. We need the care of names.

The WHO recently urged countries leading virus surveillance to expand their work without the fear of being stigmatized after informally labelling discovered variants with place names. But WHO, on the other hand, had at the same time formed a technical body to work on creating official names for virus variants.

The body’s technical lead Dr. Maria Van Kerkhove said they will be working with scientists all over the world in developing a naming system.

“We hope to be able to announce the nomenclature very soon, because we need to make sure that any of the names that are used do not further stigmatize a person, or a last name, or a location inadventently, and so we’re still working on that,” Kerkhove said.