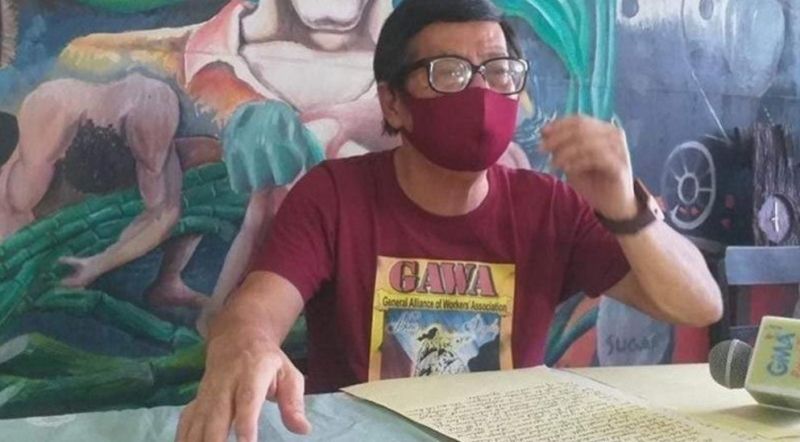 A LABOR leader has expressed dismay over the rejection of their manifestation for a P25 to P30 per day Pandemic Emergency Relief Allowance (Pera) for private-sector workers in Western Visayas including Negros Occidental.

Wennie Sancho, labor representative to the Regional Tripartite Wages and Productivity Board (RTWPB) in Western Visayas, said management representatives have manifested their rejection of the proposal during the virtual Board’s meeting Thursday, April 8, 2021.

Sancho, also the secretary general of the General Alliance of Workers Associations (Gawa), said the proposal for an emergency relief allowance during this coronavirus disease (Covid-19) pandemic was submitted on October 19, 2020.

“The management representatives are saying that it is not the time to extend additional allowance because the employers are also suffering from economic recession, business closures and could hardly keep their businesses afloat,” he said.

While the wage board did not officially dismiss the manifestation, it was referred to the National Wages and Productivity Commission (NWPC) for appropriate action.

Sancho, however, is pessimistic on any favorable action by the NWPC considering the “wage freeze” policy of the government.

“With this adverse development, organized labor will file a petition for wage increase of P100 per day,” he said.

For Gawa, the group foresees a difficult time ahead for the workers amid the pandemic, compounded by unemployment and the deterioration of their purchasing power.

Its official believed that with no substantial additional remuneration or wage increase, the workers and their families could hardly make both ends meet.

"Hunger was an old acquaintance, they are compelled to renew its friendship," Sancho said.

Citing the data from the National Economic and Development Authority (Neda)-Western Visayas, the labor leader said the minimum monthly amount needed for a family of five to have proper nutritional requirements is P7,075.

Sancho said if one will deduct that from the workers' monthly minimum rate of P10,270, the amount left would be P3,195.

“Is the amount enough to pay for your monthly water and electric bills and transportation fare?” he asked, adding that “the life for the workers would be like crawling over broken glasses.”