DOH: No AZ vaccine for adults below 60 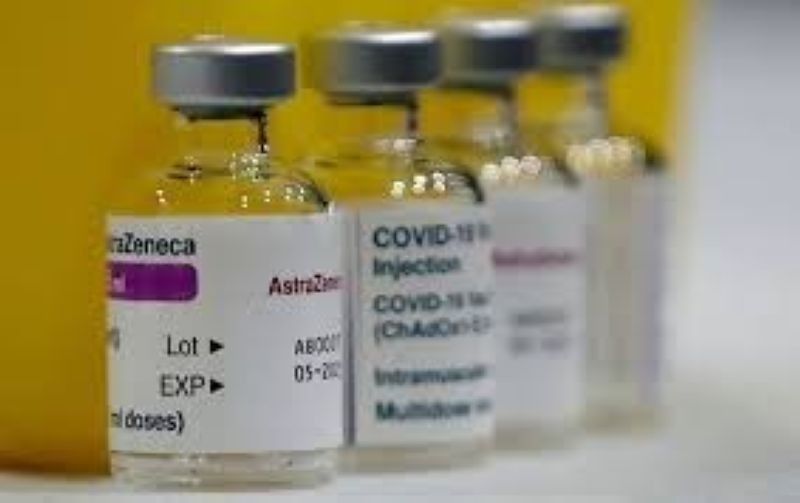 DOH: No AZ vaccine for adults below 60. (File photo)

THE Department of Health (DOH) on Thursday, April 8, 2021, adopted the recommendation of the Food and Drug Administration (FDA) to suspend the use of the AstraZeneca vaccine for adults below 60 years old in the wake of reports linking it to blood clots and low platelet counts.

However, the public should not worry about the development.

Department of Health (DOH) 7 spokesperson Dr. Mary Jean Loreche said people should wait until the FDA and other experts complete the study they are conducting on the matter.

“With this advisory, I would not say that we shouldn’t be afraid because everybody will always have that fear,” she said in a mix of Cebuano and English. “Believe me, because this (AstraZeneca) has been approved. This has been validated. The risk may be very, very small, but it’s the benefit that we are looking after.”

FDA Director General Rolando Enrique Domingo also emphasized that the suspension does not mean the vaccine is unsafe or ineffective against coronavirus disease 2019 (Covid-19).

“It just means that we are taking precautionary measures to ensure the safety of every Filipino. We continue to underscore that the benefits of vaccination continue to outweigh the risks and we urge everyone to get vaccinated when it’s their turn,” he said in a statement.

He urged those eligible to receive the vaccine — health care workers, senior citizens and persons with comorbidities — to get it.

Domingo said they took note of the recommendation of the European Medicines Agency to list blood clots as very rare side effects of the AstraZeneca vaccine.

“While we have not seen such incidents in the country, the FDA has recommended to temporarily suspend the use of the vaccine for persons below 60 years old as we await results of the review being done by our local experts, as well as the official guidance of the WHO (World Health Organization),” Domingo said.

To date, the National Adverse Events Following Immunization (AEFI) Committee has not received any local reports of such side effects.

In Central Visayas, Loreche said reported AEFI cases for recipients of AstraZeneca vaccines as reflected in VigiFlow are only mild reactions.

Based on the data of the DOH 7, most of the adverse effects experienced by those inoculated with AstraZeneca are fever, headache, body malaise, pain at the vaccination site and chills.

A total of 28,604 individuals have been injected with AstraZeneca vaccines in Central Visayas, which received 30,000 doses from the national government.

A total of 1,788 AEFI cases were reported by both recipients of Sinovac and AstraZeneca vaccines of which 16 had received the second dose.

Domingo said the FDA and DOH are carefully monitoring the implementation of the vaccination program to identify and appropriately manage any possible adverse events.

The Philippines has received a total of 2,525,600 doses as of March, consisting of two million Sinovac vaccine and 525,600 doses of AstraZeneca vaccine.

The inactivated Sinovac vaccine, originally approved for adults 18 to 59 years old, was also cleared on Wednesday, April 7, for senior citizens aged 60 years old and above.

As of April 7, Central Visayas has received a total of 104,160 Sinovac vaccines from the national government.

Next in line after health care workers, who are the government’s first priority in its vaccination program, are senior citizens.

Local government units (LGUs) in the region are still finalizing their master list of elderly recipients. The partial list they’ve submitted to the DOH 7 contains 558,912 names.

Meanwhile, the vaccination program in Cebu City using Sinovac vaccines continued with 710 medical frontliners getting the jab on April 8 at the Robinsons Galleria and the University of Cebu Banilad.

A total of 4,435 medical frontliners in the city have so far been inoculated.

The Philippines has been allotted more than four million doses of the AstraZeneca vaccine through Covax.

The private sector and local government units have also placed an order for 17 million doses of the AstraZeneca vaccine.

Meanwhile, the suspension of the use of the AstraZeneca vaccine for adults below 60 years old will not affect Cebu City’s vaccination program.

Some medical frontliners from the Cebu City Medical Center who belonged to the second batch of recipients were injected with the AstraZeneca vaccine. They won’t get their second dose until May yet.

But if the suspension will remain in effect, then they will not administer the second dose, he said. (JJL, SunStar Philippines from PR, PAC / PJB)
< Previous PageNext Page >