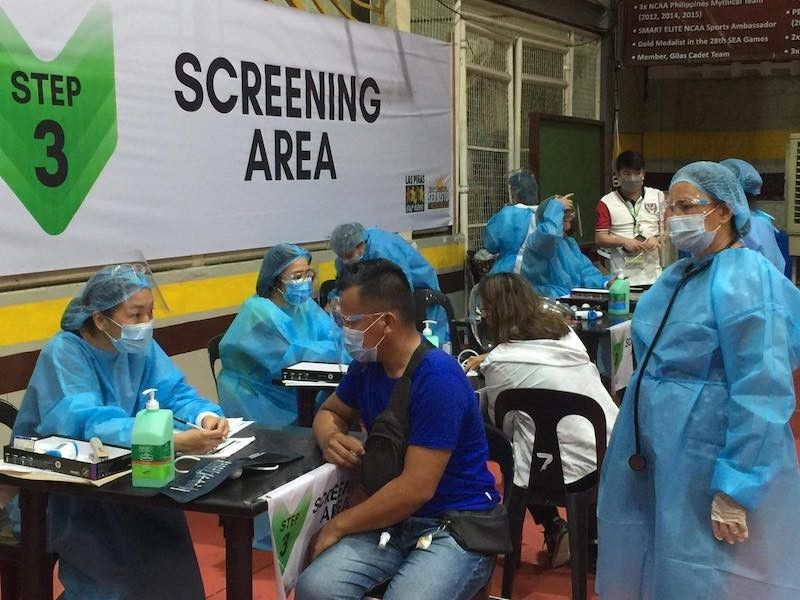 CASES of coronavirus disease 2019 (Covid-19) in the Philippines continued to climb rapidly as the Department of Health (DOH) reported 12,225 new infections that pushed the number of active cases to another new high on Friday, April 9, 2021.

The DOH also confirmed 401 additional mortalities, the highest single-day death toll since the start of the Covid-19 pandemic.

Of the 401, DOH said 213 cases that were previously tagged as recoveries were reclassified as deaths after validation.

These brought the cumulative deaths to 14,520, the DOH case bulletin showed. The case fatality rate went up to 1.73 percent.

Active cases in hospitals and isolation facilities soared further to 178,351, accounting for 21.2 percent of the cumulative case count of 840,554.

The case bulletin also showed that the positivity rate further increased to 21.4 percent. There were 39,360 samples tested for Sars-CoV-2 as of noon of April 8.

The number does not include yet those from laboratories that failed to submit their test results.

"Ten labs were not able to submit their data to the Covid-19 Document Repository System (CDRS)," noted the DOH.

The National Capital Region (NCR) continued to post the highest 14-day running total of new cases as of April 8, with 59,373 infections.

These are nearly three times the 20,222 new cases in the Calabarzon for the same period. Calabarzon has a bigger population of about 14.4 million than the NCR’s estimated 13 million people.

Among the cities and provinces, Quezon City in the NCR had the highest 14-day running total of 12,557. Quezon City is also the most populous city in the country.

Meanwhile, 56 hospitals in the NCR were considered critical in terms of Covid-19 occupancy as of April 7. There were 26 others that were at high risk, 12 at moderate risk and 60 that were in the safe zone. (Marites Villamor-Ilano / HDT / SunStar Philippines)