Philippines warns it could seek US help amid feud with China 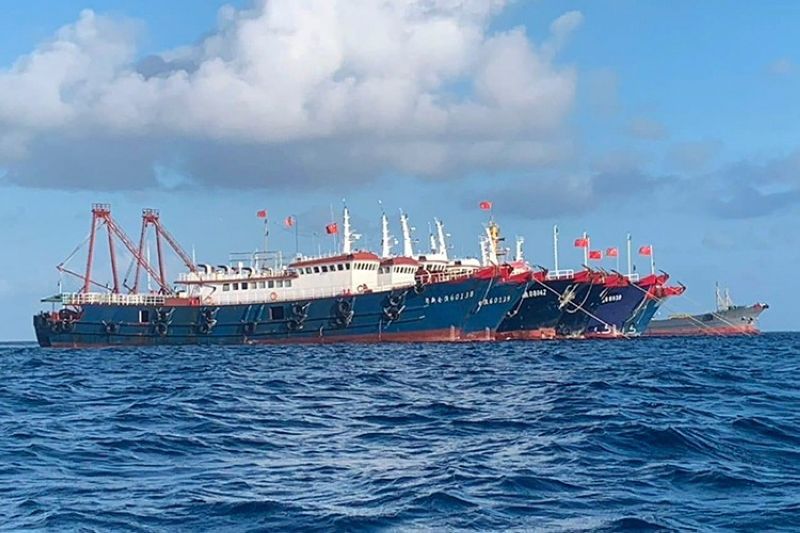 THE Philippines could seek the help of the United States, with which it has a mutual defense treaty, to protect its interests in the South China Sea, Manila’s defense department said Thursday, April 8, in a veiled threat amid an escalating feud with China over a contested reef.

The Philippine government has demanded that dozens of Chinese vessels it suspects are operated by militias to leave Whitsun Reef, which Manila claims in the most hotly contested Spratly region of the waterway. China has insisted it owns the reef and that the Chinese vessels are sheltering from rough seas.

The Philippine military has deployed coast guard and navy patrols near the area, flown surveillance aircraft and released pictures of the Chinese vessels, many of them arrayed side by side while moored at the reef, which Manila calls Julian Felipe. The standoff has sparked a heated exchange between Defense Secretary Delfin Lorenzana and the Chinese Embassy in Manila.

“As the situation in the West Philippine Sea evolves, we keep all our options open in managing the situation, including leveraging our partnerships with other nations such as the United States,” Department of National Defense spokesman Arsenio Andolong said in a statement, using the Philippine name for the South China Sea.

“We are continuously in talks with the US on the matter of mutual defense,” Andolong said. “Both parties are committed to undertake their obligations under the Mutual Defense Treaty so that neither stands alone in these issues involving the two states’ inherent right of self-defense.”

The United States has said it would stand by the Philippines amid the dispute and accused China of using “maritime militia to intimidate, provoke and threaten other nations.”

Andolong welcomed remarks by US State Department spokesperson Ned Price, who reiterated in a recent news briefing that an armed attack on Philippine military forces, public vessels or aircraft in the Pacific, including in the South China Sea, “will trigger our obligations” under the allies’ 1951 treaty, which provides that both nations would support each other if either comes under attack by another country in the region.

Invoking the treaty, however, could be a complicated step and could be stalled by opponents from either side, including by US lawmakers.

The Chinese Embassy has said “it is completely normal” for Chinese fishing vessels to fish and take shelter at Whitsun, which it calls Niu’e Jiao. “Nobody has the right to make wanton remarks on such activities,” it said.

Amid the standoff, Andolong said the Philippines will protect and defend its national interests “while upholding the security and stability in the region through peaceful and a rules-based approach.”

The Philippines has filed a diplomatic protest, saying the reef, which lies about 175 nautical miles (324 kilometers) west of the Philippine province of Palawan, is within an internationally recognized offshore zone where it has the exclusive right to exploit fisheries, oil, gas and other resources.

“For every day of delay, the Republic of the Philippines will lodge a diplomatic protest,” the Department of Foreign Affairs in Manila said.