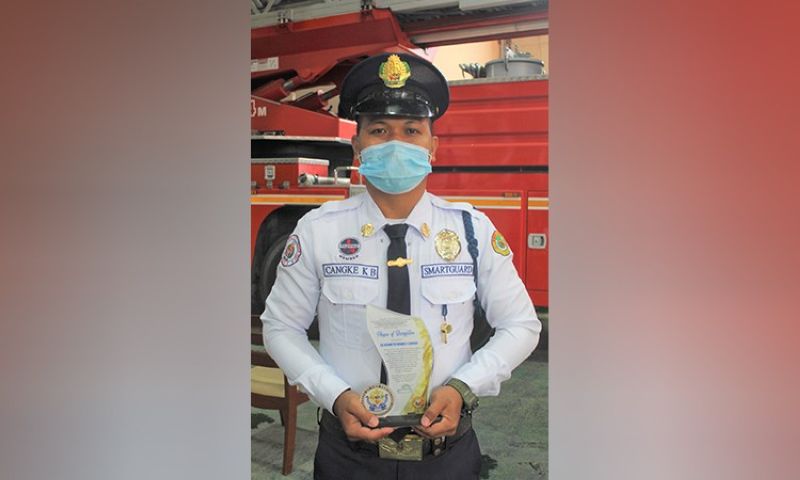 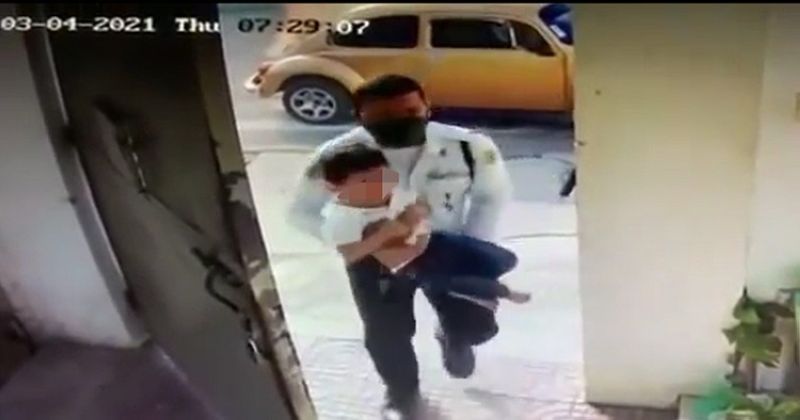 DAVAO. Security guard Kenneth Brian Cangke rescued a three-year-old child out of the burning car carrying him to a safe location. (Photo from Bureau of Fire Protection XI Facebook page) 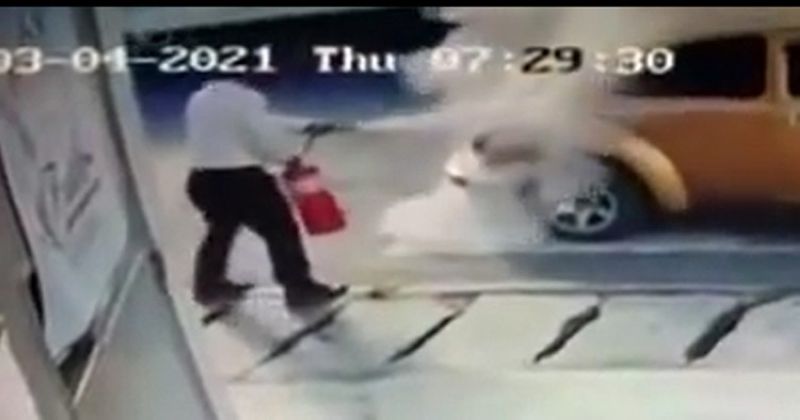 DAVAO. Security guard Kenneth Brian Cangke took a fire extinguisher and aimed its nozzle at the burning part of the car. (Photo from Bureau of Fire Protection XI Facebook page)

ALWAYS think of fire safety since fire can occur anytime and anywhere.

This is the Bureau of Fire Protection's (BFP) constant reminder every March, declared as the Fire Prevention Month.

It was almost 7:30 in the morning of March 3 when a car parked outside the Davao Christian High School caught on fire.

Kenneth Brian Cangke, the school's security guard, who was at his post when the incident happened, immediately rushed to the car upon seeing that the fire got stronger.

He approached the burning car and saw a three-year-old boy trapped inside.

Cangke immediately secured and rescued the child out of the burning car carrying him to a safe location.

After which, he took a fire extinguisher and aimed its nozzle to the burning part of the car.

The incident was captured by the school's closed-circuit television (CCTV).

Cangke's bravery was a heroic act worth recognizing.

On March 31, culminating the month-long Fire Prevention campaign, he was commended for saving a young boy's life from danger.

In a Facebook post, BFP-Davao Region acknowledged the dedication and act of bravery of living heroes who risked their lives to save others and go beyond the call of duty.

Cangke, when interviewed through a phone call, admitted he did not expect that he would be recognized for his efforts.

During the interview, he narrated how it all happened.

He said he was at the guardhouse doing other work when the incident happened.

When he heard the child's grandmother panicking, he rushed to the burning car.

"When I saw the child, I immediately reached to open the door where the child was sitting near. When I couldn't manage to open it, I immediately turned to the driver's side. I tried to comfort the child's grandma saying, 'Relax ma'am, we can do this. Just don't panic'," Cangke narrated in the vernacular.

As he reached the driver's side, he immediately grabbed the child and got him out to safety.

In his nine years as a security guard, he admitted that the fire incident was by far the challenging and risky thing he did in his career.

With how the fire broke out, he said the car could possibly explode.

But as a trained security guard for nine years, Cangke shared that focus and presence of mind helped him overcome the incident.

“It was a death-defying moment, because in a matter of seconds, the car could explode because the car’s gas was already leaking,” he said.

Minutes after the fire was under control, personnel from the BFP arrived.

According to their finding, an electrical short circuit and gas leak caused the fire.

Helping those who are in need and those at risk have been his personal trait, Cangke revealed.

Cangke could not help but feel glad upon saving the young boy’s life.

“I never expected that I would be into that situation. But I am glad I was able to save his life. And the grandparents were also thankful for what I did. At the end of the day, it is part of our job,” he said.

His story landed on several news outlets, both local and national.

“I didn’t expect that many people would know my story. But I am glad that they saw the other side of security guards, who are being looked down on just because we are only so-called security guards. The incident made known how important and risky our job is,” Cangke said.

Because of his story, he said “It boosted our morale as security guards.”

Aside from being a security guard, he has also been an army reservist since 2017. With that, he said it is already innate in his personality of helping people, especially those whose lives are endangered.

“To my fellow security guards, and even to everyone, never hesitate to help someone. If we think we are capable of doing something, don’t hesitate,” he said.

And with that, living heroes like Cangke deserve a snappy salute!