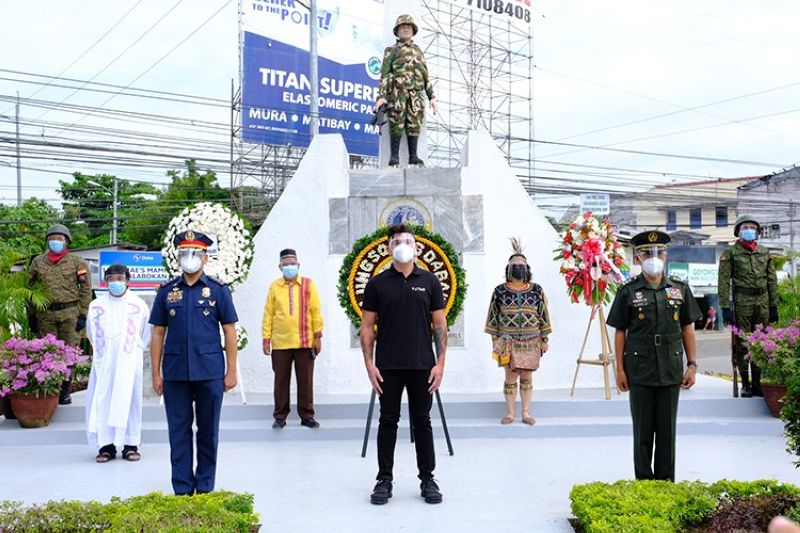 DAVAO City Acting Mayor Sebastian Duterte dedicated this year’s Araw ng Kagitingan (Day of Valor) to those responding to the Covid-19 pandemic at the frontlines.

"As we commemorate this day, let us also acknowledge our valiant countrymen who are at the forefront in our ongoing battle against Covid-19," Duterte said in a statement on Friday, April 9.

He encouraged Dabawenyos to "continue to be inspired by their selflessness and dedication to serve the country during these trying times."

"Now more than ever, let us remain steadfast in our commitment to win against the threats on the welfare of our people and our communities," the acting mayor said.

He also said the Day of Valor should serve as a reminder "to continue working together towards a healthier and much better city moving forward."

Duterte led the celebration of the Day of Valor in the city and was joined by Task Force Davao Commander Colonel Consolito Yecla and Davao City Police Director Police Colonel Kirby John Kraft.

Unlike in the previous years, the commemoration event was made short and simple, as a measure against Covid-19.

Duterte is acting mayor while his sister, Davao City Mayor Sara Duterte-Carpio, is on leave from April 6 to 10.

Duterte-Carpio confirmed on Wednesday, April 7, she has flown to Singapore for "personal health" reasons.

The Araw ng Kagitingan is a national observance in the Philippines which commemorates the fall of Bataan during World War II.